Antifa Attempt to Create a Hate Crime at Providence 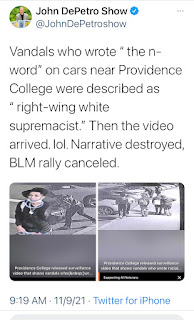 Edit: LOL! After years of empty gestures and virtue signaling, the administration is powerless to stop it!
Think of all the articles that could have been written by all the woke Cloggers like Ugly Puggzuolo, Marcy Shea, Minister Dale Ahlquist and VoxCantoris.
Providence College is a fake Catholic School run by fake Dominicans in Road Island.
Maybe Blogging has been self-cancelled forever? 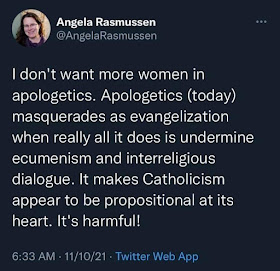 [Boston Blob] PROVIDENCE — Police are investigating a series of racial slurs that were written in the frost of some vehicles in a student parking lot at Providence College.

In a letter sent to the school community, Providence College President Rev. Kenneth Sicard said while the act appeared to be “random in nature,” at least one of the vehicles on which the racial slurs were written was owned by a student of color.

“We unequivocally condemn this kind of behavior. We pray for and stand ready to support those who were affected,” wrote Sicard.