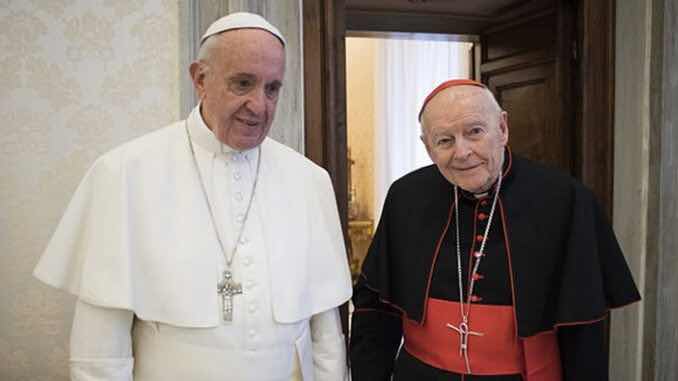 Pope Francis with Cardinal McCarrick: "Bergoglio is my friend".

(Rome) In the case of McCarrick and the entanglement of Pope Francis, the well-known moral theologian and Dominican, Fr Giovanni M. Cavalcoli, has spoken up and has conceded to those who say that the election of Pope Francis was organized in an illegal manner.

The case of ex-Cardinal McCarrick, formerly Archbishop of Washington and formerly of Newark, severely burdens the Catholic Church in the United States. Due to the so-called Viganò dossier of the former Apostolic Nuncio in the US, Archbishop Carlo Maria Viganò, the case became a burden for the universal Church. The former top diplomat of the Vatican accuses Pope Francis, of rehabilitating and promoting McCarrick and repealing  Pope Benedict XVI’s sanctions, although he had been informed of his sexual depravity. Msgr. Viganò also accuses Francis of having chosen McCarrick's friends and confidants, whom the nuncio regards as a “homo-lobby", since his election. Three of McCarrick’s protégés Francis has even raised to Cardinals.

"Homo statue" in the church, but the pastor does not understand the criticism 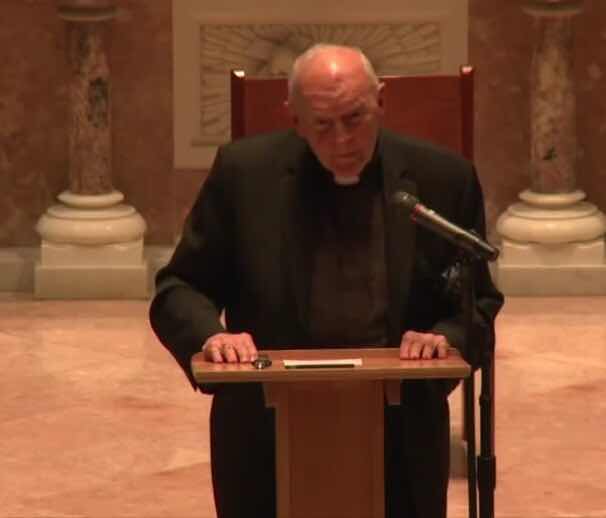 Before the conclave, a "very influential" person visited him

Implicitly, the head of the Church is accused of promoting "homo-heresy" (Dariusz Oko) in the Church: through precipitously rising careers for aberrosexuals or aberrophiles who have covered for an aberrosexual milieu in the Church or (aberrosexual) sexual abuse of minors (or still cover them up).

The fact is that homophilic circles inside and outside the Church are massively trying to overturn church doctrine on homosexuality. Examples of this are breaking out in all directions in the West. One of the most recent examples is the parish of San Martino in Azzano, in the municipality of Seravezza in the Italian province of Lucca, where in the summer a statue was erected in the parish church showing two men kissing each other. The statue was only removed when it came to protests in the social networks. Neither the pastor, Don Hermes Luppi, nor other parish officials could understand the criticism of the Homo statue.

Now the moral theologian P. Cavalcoli has spoken with a "spontaneous reaction" to the traditional website Messa in Latino to the case McCarrick and the allegations against Pope Francis. He commented on a highly explosive statement by Msgr. Antonio Livi, the former Dean of the Philosophical Faculty of the Lateran University, adding a no less controversial statement. 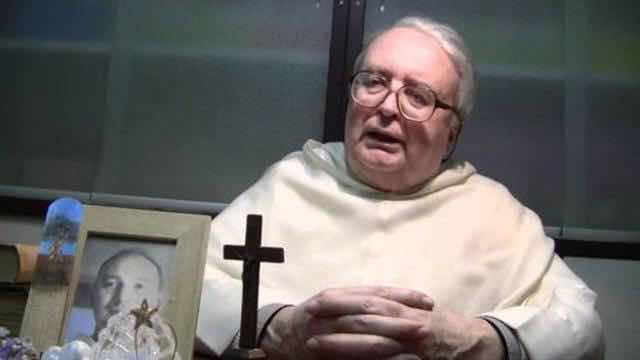 Msgr. Livi has participated in a meeting on 1 October 2013 at the Villanova Uiversity. This is the oldest and most respected Catholic college in Pennsylvania, the state where the homosexual Pennsylvania Report (Homo) exposed large-scale sexual abuse of minors by clerics. The RAI Vaticanist Aldo Maria Valli had drawn attention to this meeting at the end of August.

McCarrick acted as a speaker (see video below) a few months after the election of Pope Francis,1 and boasted that Jorge Mario Bergoglio was his longtime friend. In his own words the emeritus archbishop of Washington, at that time Cardinal, who, according to his own admission obviously had contributed to the election of Bergoglios himself, said:

Visit from a "very influential" person

McCarrick revealed in his enthusiasm that in the period following the resignation of Benedict XVI.,  the conclave was visited by a "very influential" person, "a gentleman". So it was a layman, not a cleric. He had spoken to him about the then archbishop of Buenos Aires and promoted his election as pope. If the papal election succeeds, said the great unknown, whose name McCarrick did not reveal, Bergoglio will reform the Church within five years.

At the same time, McCarrick left no doubt that he was delighted with Bergoglio's successful election. The cardinal used terms and phrases that are typical of Pope Francis. McCarrick's familiarity and agreement went so far that in his speech the Cardinal openly called on Bergoglio to radically rebuild the College of Cardinals, the World Episcopacy and the Roman Curia. McCarrick expressed the certainty that Pope Francis would be able to appoint Cardinals within two years (ie by 2015) after the way he is, thereby implementing the hoped-for fundamental transformation.

Francis "will change the papacy"

McCarrick literally expressed his hope that this Pope will "change the papacy."

So did the ex-cardinal of today mean that Pope Francis should appoint aberrosexual fanatics in his name as cardinals? 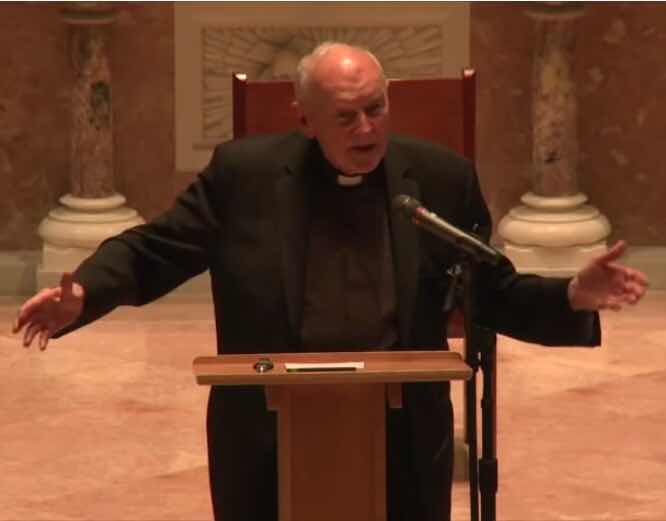 For Francis to appoint more Cardinals just like me.

In fact, Francis made three close McCarrick friends cardinals (Cupich, Tobin, Farrell ). All three belong to the modernist direction in the Church and all three spoke out in word and deed for a change in Church doctrine and attitude to aberrosexuality.

Former nuncio Carlo Maria Viganò reports in his dossier on how much he marveled at a visit to Rome, Cardinal McCarrick after the election of Francis and in spite of  the sanctions imposed on him by Benedict XVI. to go in undisturbed in Santa Marta and go out. As we know today, he had risen to Francis’ closest circle.


"Is it not time, in the name of the ever-emphasized transparency, that a clarifying word be said to the Liaisons dangereuses McCarrick-Bergoglio?"

Election of Pope Francis was orchestrated in an illegal manner

Monsignor Antonio Livi became even clearer, saying that Bergoglio's choice was orchestrated in an "illegal" manner.


"Msgr. Livi is right in saying that Bergoglio's election was illegally orchestrated by the modernist group of St. Gallen, who also evidently included McCarrick, who spoke at the convention in the style of the well-known, arrogant boast of the modernists. "


"But that does not mean that his choice was invalid, and Francis is not the true Pope. If he was not, the College of Cardinals would have let us know. The vote was not Illegal but how the vote was procured. It is forbidden - as dictated by logic - that the Cardinals come to a concord among themselves before the conclave. If that was not the case, why would the conclave be needed?

The election of a pope is not a political election, preceded by election propaganda, but an act of free, personal conscience, which is why every cardinal decides without external influence and in complete independence before God and the elective body. "

In short, a papal election must be made without a prior visit by "very influential" persons.

Fr. Cavalcoli added a request to his thoughts:

"An Advice on the Terms: To name these villains, the term 'progressive' should not be used, which is completely innocent. Call them what they really are: modernists, say, heretics like the Rahnerians. For progress and tradition are essential factors in the life of the Church that complement each other, such as inhaling and exhaling.”