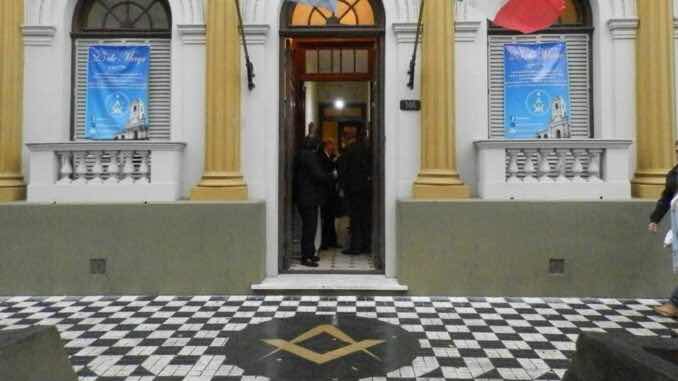 (Buenos Aires) An Argentinian bishop and Jesuit congratulated the Masonic lodge of his episcopal city upon its founding. The event itself is spectacular. The bishop, however, is not just any ordinary. 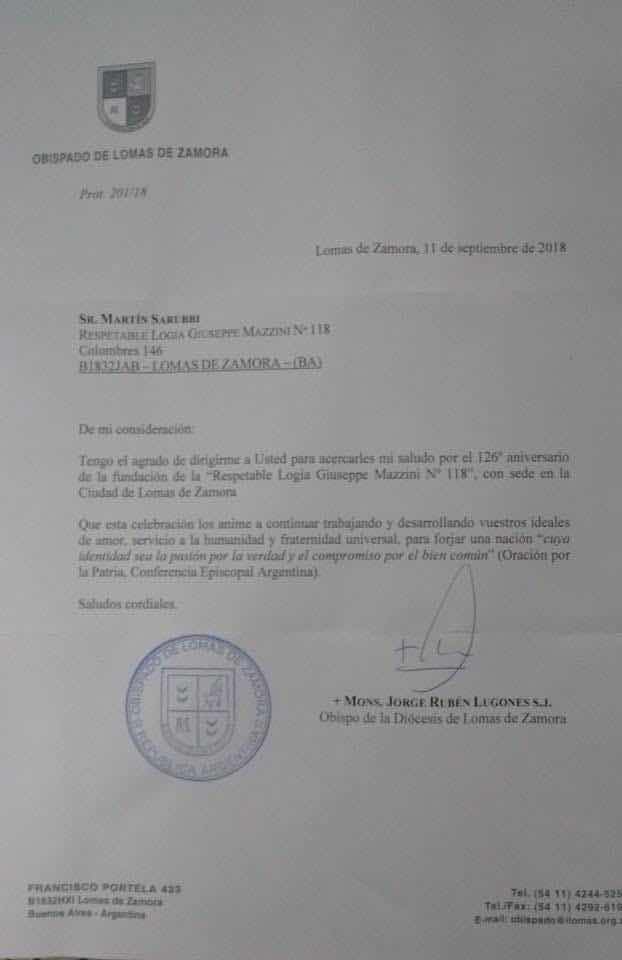 Congratulation of the bishop: "Keep working in the service of humanity and universal brotherhood.

The Bishop of Lomas de Zamora, Msgr. Jorge Rubén Lugones, sent to the Masonic Lodge "Giuseppe Mazzini" No. 118 his "congratulations" on the 126th anniversary of its founding.

The letter is dated 11th September and was addressed by the Bishop to Mr. Martin Sarubbi of the "Venerable Lodge Giuseppe Mazzini No. 118.”

Bishop Rubén Lugones, like Pope Francis, belongs to the Jesuit Order. Along with "cordial greetings" he wrote to the lodge brothers:

"May this celebration encourage you to continue to work for your ideals of love, service to humanity, and universal brotherhood.”

With great satisfaction, the lodge published the letter on September 17 on Facebook:


"Today we received this greeting from the diocese of Lomas de Zamora. We publicly thank you for the reverence and reaffirm our commitment to work together for greater freedom, equality and fraternity by setting aside anachronistic differences. "

By "anachronistic differences" is meant the ecclesiastical prohibition of the lodge membership for Catholics. Since the founding of Freemasonry 300 years ago, the Church has been teaching its incompatibility with the Catholic faith because of its grave, ideological differences.

Who is Bishop Jorge Rubén Lugones? 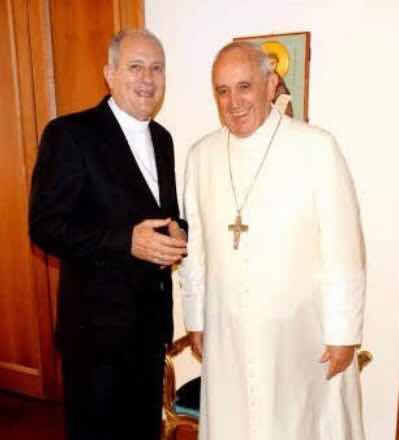 The 66-year-old bishop was born in the state of Buenos Aires. In 1999, Pope John Paul II appointed him Bishop of Nueva Orèn. He was consecrated by Jorge Mario Bergoglio, then Archbishop of Buenos Aires. Since 2008 he has been Bishop of Lomas de Zamora. At the Argentine Episcopal Conference he is a member of the Commission for the Pastoral Care of Indians and for the Commission for Social Affairs.

The journalist Sergio Rubin, longtime confidant and first biographer of the current Pope, described Jorge Rubén Lugones as "close to the pope" in the Argentine daily Clarin last June.

The Lodge Giuseppe Mazzini no. 118

The lodge Giuseppe Mazzini No. 118 describes itself as a "philanthropic, philosophical and progressive society". On their website, it says:


"Freemasonry is an initiate, esoteric, elitist, and knightly order that seeks to develop the ethical, moral, and spiritual enrichment of its members."


"Faith in a God whom it calls the Great Builder of the Universe, along with love, service to humanity and universal brotherhood, forms the foundations of our system."

Symbol of the lodge Giuseppe Mazzini no. 118 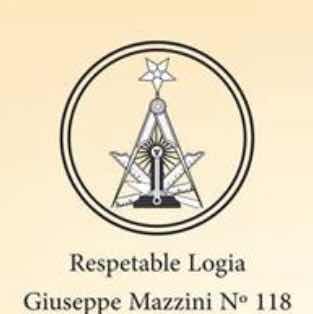 According to the lodge's website, the Masonic "system" means "an educational, philosophical, traditional and symbolic system", "seeking knowledge to reach the truth". However, this "truth" does not mean the Christian truth, or more precisely, the truth personified in Jesus Christ ("I am the truth") in the Christian understanding. Rather, Freemasonry was founded precisely because it rejects the Christian (divine) offer of truth, and instead seeks a hidden truth independently of it.

The decoupling of Freemasonry from Christianity is described as follows:


"It does not prohibit or impose a religious belief or practice on its members."

Judgment of the Church about Freemasonry unchanged

The congratulation of Bishop Jorge Rubén Lugones took place despite the repeated condemnation of Freemasonry by the Church, most recently in 1983 by the Roman Congregation of the Faith under its then prefect Joseph Cardinal Ratzinger:


"Judgment of the church unchanged
The question was raised as to whether the Church's judgment on Freemasonry has changed due to the fact that the new CIC does not explicitly mention it as the earlier one.


This Congregation is able to answer that this fact is based on the same editorial criterion as for other associations, which were also not mentioned, because they are integrated into broader categories.


The Church's negative verdict on Masonic unions remains unchanged because its principles have always been considered inconsistent with the doctrine of the Church, and therefore its membership in them is prohibited. Believers belonging to Masonic associations are thus in a state of grave sin and can not receive Holy Communion.


Authorities of the local Church are not entitled to comment on the nature of Masonic unions in a judgment overriding the above, in accordance with the declaration of this Congregation of 17 February 1981 (see AAS 73/1981; Pp. 240-241).


Pope John Paul II confirmed this declaration, which was adopted at the ordinary session of this Congregation, in the audience granted to the undersigned Cardinal Prefect and ordered its publication.


Rome, at the seat of the Congregation for the Doctrine of the Faith, 26 November 1983.
Joseph Cardinal RATZINGER
Prefect" 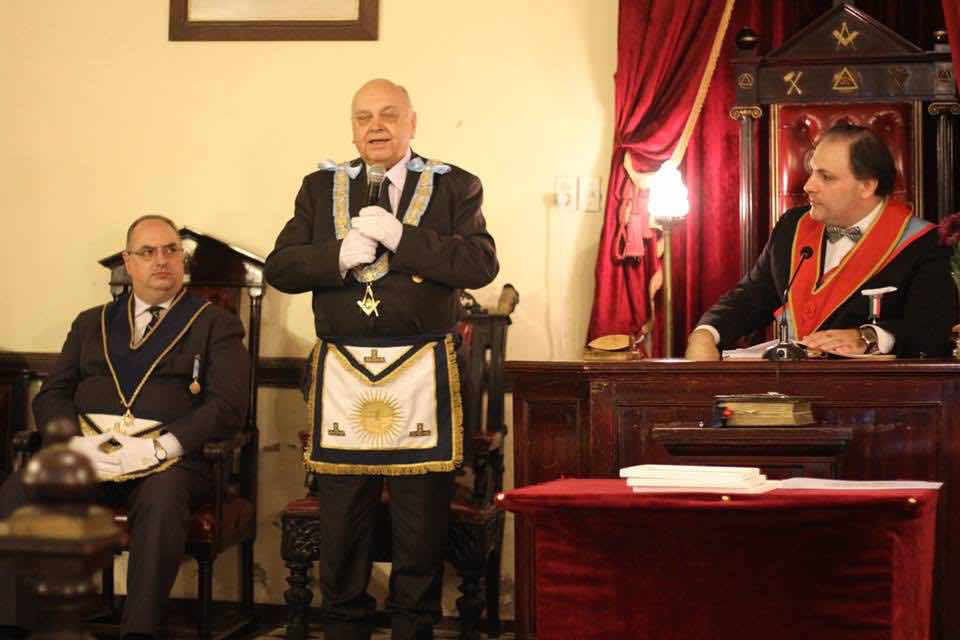 Freemasonry is considered the declared enemy of the Church. Her urgent goals include the suppression of the Church ch’s influence on people. In doing so, it concretely fights Catholic morality. The role of Freemasonry in the anti-Semitic incitement of the Enlightenment and in the French Revolution is well documented. The same applies to a great extent to their role in the nineteenth century in combating and destroying the Papal States.

The high-grade freemason Giuseppe Mazzini (1805-1872), after whom the lodge no. 118 is named, is a telling example of the revolutionary spirit of the lodge brothers and their hostility towards the Church. In Genoa in 1827, he experienced his Masonic initiation. At the beginning of the 1830s, during his imprisonment in Savona, he was awarded the 32nd degree, which was a prerequisite for being admitted to the level of the "Highest Revenge" in the Carboneria secret society. In 1866 he was awarded the 33rd degree. At the same time he was admitted to the Supreme Council of the Scottish Rite. As a Republican and Antimonarchist, he also had to leave Italy, united in 1861, and lived in exile in London. In 1870, when the military struggle against the Papal State reached its final phase, he immediately returned to Italy and organized new unrest. Because of his rejection of the monarchy, he had to leave Italy again after the successful destruction of the Papal State. Shortly before his death in 1872, his Catholic sister tried to persuade him to do penance, to repent and return to the Church. He answered her, "I have no regrets." He died on March 10, 1872 without spiritual assistance under a false name in the mansion of a lodge brother and surrounded by leading Masons. Such a ritual not only happens as a farewell, but is intended to prevent the dying man from becoming "weak" on his death bed, and returning to the faith of the archenemy, the Church.

More recently, several former Masons have left  books offering a glimpse behind the scenes of the lodges.

A more in-depth analysis was provided in 2009 by sociologist and columnist Lorenz Jäger with his study, "Behind the Grand Orient. Freemasonry and revolutionary movements." [Not available in English. At least not on Amazon.]

Wreath with lodge symbol: Award by the lodge no. 118 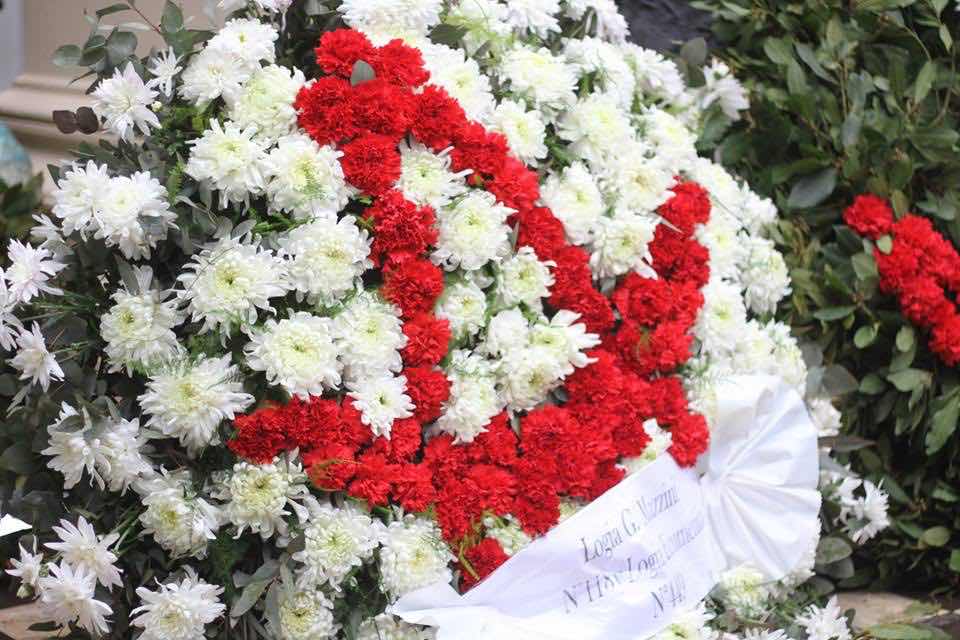 Because of the proximity of Bishop Rubén Lungone's SJ to Pope Francis, one can not expect a reaction from Rome to the unusual writing and the thus celebrated rapprochement between Church and lodge.

The aforementioned books can be purchased through our book partner in German. (Not available in English yet.)