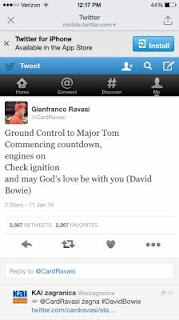 Of course you'd expect a positive reaction from the aberrosexual enabling, Old Liberal Jesuit, James Martin who described he Cardinal's tweet as "elegant" on his Facebook page.
Tancred at 11:43 AM
Share