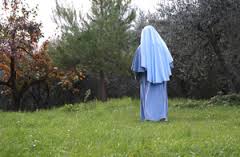 (Rome) The battle against the  Franciscans of the Immaculata continues. Hardly had Pope Francis mounted the throne of Peter, than the opponents of the traditional rite in the Order felt themselves strong enough, with his agreement, to place the once thriving men's branch of the order under a provisional administration.  The women's branch "only" received an apostolic delegate as an overseer, but was still drawn in sympathy with the men's Order because of its close spiritual and institutional connectedness. With a confidential decree of 19. October 2015, the Roman Congregation for Religious reinforced its resolve to proceed further against the men's and women's branches of the Order. In his decree Pope Francis is obliging the women's order to avoid a "special vow" or "solemn promise." What this involves can be read herein.

"Because of credible information about a private vow (or promise) of special obedience, which is reserved to some male and female religious to the founder, which has been placed above the general vows of obedience owed to the superior, has prompted this dicastry to bring this problem to the attention of the Holy Father, who has given a special mandate to deal specifically with this problem.

Therefore, the Congregation for the Institute of Consecrated Life and for the Societies of Apostolic Life in enforcing this mandate for the good of the souls of all members of the Franciscans of the Immaculata, and all eventually bound to these institutions, by private vows (or promises) of a special nature to founders or foundresses.

In consequence it will be necessary that in future this vow or promise in future is not practiced either in its current or any future form.

With that this annuls any document, should such exist,  in its value, such that it involves in any way the vow (or promise) named here.

It is the obligation of responsible authority in both institutes to make these stipulations known in a measured and discrete way to all members belonging currently to the institutes so that they can know how they are to respond if any have been placed under such a vow.

Superiors will be instructed by the Dicastry about the times and modalities for the introduction of this decree.

Released against anything to the contrary, from the Vatican, on 19th of October 2015.
Joao Braz Card. de Aviz
Prefect
+ José Rodriguez Carballo OFM
Erzbischof Sekretär

Decree From the Congregation of Religious on  vom 19. Oktober 2015

The desired musical accompaniment by the Corriere della Sera

Decree of the Congregation of the Order of 19 October 2015
The Corriere della Sera gave on  a backgroundn report Thursday for   for the unusual decree. It  took great pains  to make the desired background music in support of the Decree. The Order is made ​​by blending diverse elements under general suspicion. But telling signs can be seen Interspersed between.
The article refers back to a Franciscan  of the Immaculate, who wanted neither to be named  or photographed. He had stated:  without giving any reasons, that there are new efforts around the deposed Founder  Fr Stefano Maria Manelli and the Vatican in 2013,  to establish a new  Old Rite Order. "They do not want to acknowledge the Modern",  the anonymous brother  who is against these efforts, allegedly told Corriere della Sera. The special vow (or promise) was linked to these aspirations for a new foundation and concerns those men and women religious, who have remained faithful to the Founder.

The Decree by the Congregation of Religious which was in turn adopted with papal approval, says at the outset that there were "credible" reports. The decree itself reveals, however, that the Vatican has adopted it on the basis of conjecture, without having any concrete evidence. The decree thus sounds like a new shot across the bow, which clarifies that the religious congregation remains determined to disrupt  order from recognition and to subject it to re-education.  Anyway, nothing should be remain of  the actual charisma of the Order.
The fact is that there are, since the Autumn of 2013, efforts of monks and nuns to found a new religious in which the true charism lives. That charism of fidelity to tradition and the rediscovery of the traditional rite, which had led the Order to its heyday and was shattered by the raging, appointed in 2013 and now deceased Apostolic Commissar, the Capuchin Fidenzio Volpi.  So far, however, nothing is known about a "special vow."

The Congregation appointed a new Commissar last June with  Salesians Sabino Ardito, and there was hope that he would lead the Order with a calmer hand. However, the Congregation of Religious does not seem willing to grant such a rest. Above all, it seems to want to prevent the Franciscan Friars of the Immaculate from carrying out a new religious foundation. Commissar Volpi had warned  Italian Bishops during the General Assembly of the Italian Bishops' Conference not to take Franciscan Friars of the Immaculate in their dioceses.
As early as autumn 2013. dozens brothers had applied to the Congregation of Religious to be released from their religious vows. The canonically compliant departure from  the altered Order should have given them the opportunity to ask for incardination in dioceses and free them up for the path to reestablishment of an Order. The Congregation has refused until today, however, such a dispensation. Cardinal Braz de Aviz and Pope Francis do not want the Order of Franciscan Friars of the Immaculate 2, since the Order of the Franciscan Friars of the Immaculate 1 have placed under provisional control ​​and broken.
Thus, the brothers are forced by the Congregation to remain in the Order, although this is no longer the same Oder since the provisional administration than the one which they were originally committed to.  Should they leave without a dispensation of the Order, which have a number of well done, this puts them canonically in the wrong.  Each Bishop, or superior of another order, and especially by the Vatican could go against them in the field, since they are not in a canonically regular position. In short their lives would be  on end of a  rope indefinitely. It's a situation that brings brothers and sisters into a fitful moral dilemma. Above all, one does not change an order like a shirt.

What is at stake in the matter: A brief review

The ordeal of  Father Manelli's order, who was ousted from the Order until the summer of 2013, so continues. Reminder: The Order of the Franciscan Friars of the Immaculate was created after the Second Vatican Council. While other orders over abruptly "modernized", Father Manelli went the opposite way and wanted to return to the roots of the Minorite Order, to which he belonged at the time. He joined an increasing number of young men and women, so in 1990 a new foundation was necessary for religious revival of the Order of Friars Minor of St. Francis of Assisi.
Under Pope Benedict XVI.   the young discovered, with the blessing of numerous vocations,  the traditional rite. The priests concelebrated in for reasons of pastoral care in both forms of the Roman Rite. Internally the Order underwent the change from the new rite to the traditional rite. The result was an even more rapid growth of the Order, which would then set up a number of new monasteries and take over  pastoral care in parishes and sanctuaries.
The Order did not belong, because of its development, to the old ritual Ecclesia Dei -communities but was under the Congregation of Religious like all new rite communities.  That made ​​it an anomaly that was before 2013, an example to all th other new rite orders.
Thus arose also a violent resistance within the Order. The resistance of a small internal minority, who would not  tolerate the traditional rite. For the same reason there was also resistance from among other church circles who believed they recognized a hazard in the Order. The Franciscan Friars of the Immaculate had a thriving community, and were viewed enviously by the other orders. Above all, it seemed to be the living proof that the often prostrate  nature of religious orders can be revived even in Europe through the stern austerity, tradition and the traditional rite. The Franciscan Friars of the Immaculate were on the way under Pope Benedict XVI. to becoming a potential model for other orders. It was an idea that came not with undivided joy.

With the papal election of 2013, the problems started

Under Pope Benedict XVI. no one dared openly to oppose the Order. The German Pope had returned the traditional rite with the motu proprio Summorum Pontificum to the universal Church. In implementation of this Motu Proprio, the Order had returned to the traditional rite. The German pope was especially closely connected with the Franciscans of the Immaculate, too closely, so that the envious and chief opponents of the traditional rite would never have dared to lay hands.
With the unexpected resignation of Benedict and the election of Pope Francis, the situation had changed radically in one fell swoop. The Argentinian Pope was soon repeatedly recognized for his dislike of the representatives of tradition and also that he retained the traditional rite as  a passing "fad." Now it happened in quick succession.Citing and in cooperation with the small band of five brothers who complained to the Congregation of Religious, Father Manelli and the entire Order leadership were deposed and replaced by an Apostolic Commissar, the said Father Volpi, and he also no friend of the traditional rite. The Order now lacked the protection afforded by the Ecclesia Dei 's own communities.

The Imposition of the "new Mercy"

To this day, the Vatican has offered no reasons for this serious interference. Only unofficial hints by Commissioner Volpi and the Curial Archbishop Carballo, who has been appointed by Pope Francis secretary of the Congregation for Religious could show that it comes to an ideological struggle against tradition and the traditional rite. This is suggested, since celebration of the old rite was banned for all  priests  by decree of the provisional administration. In open opposition to the Motu Proprio Summorum Pontificum every priest of the Order had to individually apply for a special permission to celebrate the old rite again. It was a demonstrative act of reducing and downgrading of the traditional rite, with which the Order members  were   shown what is now required under the new conditions in the Vatican and what is not.
Pope Francis withdrew the possibility from the astonished friars the right to appeal against the decree in opposition to the Congregation of Religious. The case would have ultimately landed before the judgment seat of Cardinal Raymond Burke, the then Prefect of the Supreme Tribunal of the Apostolic Signatura, an incorruptible Canon Law expert and declared friend of the traditional rite. This should be avoided. Basically, as well as the  aforementioned rejection of dispensation, shows that Order members should be compelled for re-education.
Pope Francis has dedicated his pontificate to the theme of mercy. Yet he has showed the Franciscans of the Immaculate anything but mercy.
Text: Giuseppe Nardi
Image: Mil
Trans: Tancred vekron99@hotmail.com
Katholisches...
AMDG
Tancred at 3:38 AM
Share