Vatican Suing Bloggers? Why Do People Who Promote Dissent Object to Being Called Dissenters? 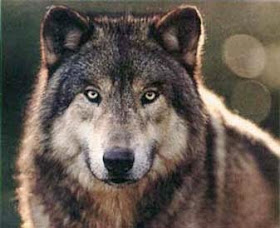 Edit: We thought being called a dissenter would be a badge of honor?

It  looks like Father Volpi is attempting to do the same. The blogger received a threatening letter insisting that he remove blog posts covering the Synod on the Family.  How can you sue someone who says things about you that you've said about yourself?


Here's a portion of an article in response to Father Rosica's call for more civility in the blogosphere back in 2011 in support of the evil Father Gravel, a Pro-Abort, aberrosexual,  Canadian priest then suing Life Site News, also had all kinds of nasty things to say about faithful bloggers.  Maybe this aberrosexual enabling, Ted Kennedy supporting priest may have bitten off more than he could chew?

[Life Site News] It is in good keeping with Christian charity to seek out and to emphasize the legitimate good that others, including our opponents, may have performed. But how strange it is that the Salt & Light CEO reserves no such kind words for LSN. Surely it is a curious form of “civility” that would rather take the side of one of Canada’s most prominent self-professed “pro-choice” priests in a potentially crippling lawsuit against a pro-life, pro-family news service that has done nothing but report what that priest has said and done during his highly public career.

The open secret is that much of the talk about “civility” we hear nowadays is too often only a ploy to silence, dismiss, and ultimately condemn those with whom one happens to disagree. We saw this clearly in 2009, when Fr. Rosica chastised many pro-life and Catholic leaders for the position they took on the grandiose Catholic funeral given to Senator Ted Kennedy.

There was, of course, plenty of room for legitimate disagreement on the issue. However, in almost the same breath that Fr. Rosica lamented the loss of “civility, charity, mercy and politeness,” he labeled those who had criticized the public funeral for the late pro-abortion senator as “not agents of life, but of division, destruction, hatred, vitriol, judgment and violence,” and described them “as little children bullying one another around in schoolyards - casting stones, calling names, and wreaking havoc in the Church.”

TORONTO, 22 October, 2012 (LifeSiteNews.com) - Liberal Catholic press-people have recently touted a man some call Canada’s leading dissenter since the 1960s - former Catholic priest Gregory Baum - because of his role as an expert, or peritus, to the Canadian bishops at Vatican II. Baum, an advocate of homosexual ‘marriage’ and sex outside of marriage and contraception, was lauded by Fr. Thomas Rosica of Salt and Light TV, Michael Swan of the Catholic Register and also given free reign in the pages of the Scarboro Foreign Missions magazine.