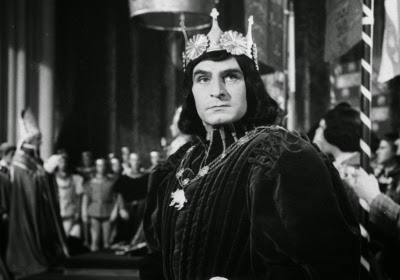 
Petition is organised by historians whose efforts led to the discovery of the king's remains
Three thousand people have signed a petition calling for Richard III to be given a Catholic burial.
The petition, addressed to Cardinal Vincent Nichols, the Archbishop of Westminster, is being organised by the historians whose efforts led to the king’s remains being found under a car park in Leicester.
Under present plans Richard III, who died in the Battle of Bosworth in 1485, before the Reformation, will be buried at the Anglican cathedral in Leicester on March 26.
But Philippa Langley, leader of the Looking for Richard project, said the burial should take into account Richard III’s Catholic faith.
She said: “It seems this former king and head of state is to be treated as a scientific specimen right up to and including the point at which he is laid in his coffin.”
Dr John Ashdown-Hill, a historian who worked to identify the bones, has also called for a Catholic burial, saying: “There is a lot of evidence that Richard III had a very serious personal faith. If Richard III had not have died, maybe the Anglican church would never have existed.”
However, a joint statement by Leicester Cathedral and the Catholic Diocese of Nottingham said these concerns were “fundamentally misplaced”.
The statement said: “There is no requirement in the Catholic tradition for prayers to be said at the coffining of human remains, including those of a monarch. The arrangements agreed between the university and the cathedral have the full support of the Catholic Church.”
Ecumenical services will surround the event, with Cardinal Nichols preaching a service of compline on the day the king’s remains are received into the cathedral.
The cardinal will also celebrate a Requiem Mass the next day at a nearby Catholic parish.

Link to Ashdown-Hill's page on Richard III....
Posted by Tancred at 6:45 AM

Still thieving from the Catholic Church and her members.

"The arrangements agreed between the university and the cathedral have the full support of the Catholic Church.”

Limp-wristed surrender monkeys. I guess this means there will not be a visitation or a coadjutor for that diocese.

Using the term 'limp-wristed surrender monkey' in reference to an article about Cardinal Nichols is a verbal redundancy. He is truly francis' kinda guy.

Worthless Pope Francis.
Just think, he is in nearly 2 years.........two years of hell for the Roman Catholic Church, but 2 years of triumph for the Vatican II entity that passes itself off as the Catholic Church.
Soon he will be gone however. Take a look at some pictures of him giving a press conference on the plane back to Rome from Manila. He looks terrible....absolutely terrible (in the face). And I don't mean ugly.
My best friend's Dad is a doctor, and he took one look at the Pope's coloring and though that he looked both exhausted, and ill.

Illustration with a still of Olivier in the role in the film of WS's Tudor propaganda play is hardly appropriate.

He was a very evil man!

Sarum rite? Me, I knew the Verulamium rite....how ignorant....the poor king deserves a Roman Catholic rite, not a kindaguy for gauchos. AK.

"Ecumenical services will surround the event..." Of course, because after all what does it matter if one is Catholic or not? So much for Extra Ecclesiam nulla salus. What do the modernist prelates stand for? I don't know, but I do know the Catholic faith is not one of them.

What else would one expect from Vincent Nichols?

Sarum is the Roman name for Salisbury, and it is a Catholic Liturgy.

Richard III was the last legitimate king of England. The crimes he has wrongfully been accused of do indeed require an explanation. The usurper, the future Henry VII, and his powerful backers have for five centuries escaped critical historical examination. As they say 'cui bono'.

Requiem Mass without the corpus ??????

Yes, his soul may have long departed his body but we believe that our bodies still need to be treated as that of the relevant soul VN comment is as usual irrelevant; it's not a matter of what is required by the Church for a reinterment, but whether the liturgical rites that are going to be used on this public occasion of burying a Catholic King's body ought to be Catholic, and not Protestant VN ought to be using this historic occasion to have Masses said for the King's soul, including Mass offered, in the presence of is remains, and, yes, more prayers for his soul as per the Catholic rite, as his body is buried. That would be right and proper. But VN does not seem to look on the remains as those of a deceased Catholic.

If my body is ever rediscovered under a car park in a few hundred years, I don't want to be given a Protestant, even less, an "ecumenical" service, and by remains reinterred without Catholic traditional prayers.

I hasten to add that I was not referring to His Eminence with my surrender monkey comment, merely the diocese of Nottingham.

I trust St. Thomas More over an anonymous enthusiast any day.

Although I'm anonymous I like to keep an open mind on so called 'received history'. The historian Michael Hoffman has written a revisionist article on Richard III and the influence of St Thomas More as an early propagandist for the Tudors. It is well worth reading and does not deny his sainthood...as a martyr.

Don't worry too much, in less than a few hundred years there will be a 'One World' religion so desired by the Vatican II crowd.

Yes I know, but I've found even Verulamium and Eboracum rites, don't know if it's a credible version, it wasn't a witticism. Best regards. AK.

Is there a link to the petition so one can sign it?

I'm not sure that link is helpful, but will ask around.

Don't make yourself a limp-wristed surrender monkey; Nichols is as bad as it gets....why the obfuscation?

What's MH a propagandist for?

Will you all do me a favor?If someone wants to celebrate an 'ecumenical service' in place of my intended catholic burial,kick his a#$ up between his neck and physically remove him from the 3-5 mourners gathered about my coffin.

On a lighter note,the picture above looks like Ronnie James Dio's Father!