Venetian "Second Marriage"? Surprise Coup at the Start of the Bishops' Synod With Distortion of Council of Trent 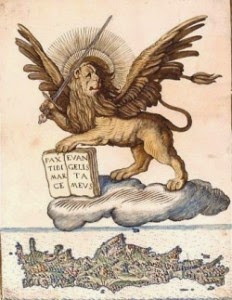 (Rome) The Roman Jesuit journal La Civiltà Cattolica has  launched a surprise coup and is rushing in time for the start of the Synod of Bishops  to help Cardinal Walter Kasper. For this purpose the magazine is distorting, with the special proximity to the reigning Pope, the Council of Trent.

To support the thesis of Cardinal Walter Kasper  the fortnightly magazine dug something from the basement with papal imprimatur  which had sat there, dusty for centuries. A gesture of the Council of Trent for the few Catholics of the Greek Islands, which were under Venetian rule, some of whom received a second marriage in the prevailing Byzantine rite.

In the article by Father Giancarlo Pani SJ in the latest issue of Civiltà Cattolica was drawn attention to by the Vaticanist Sandro Magister.

After praise for Kasper's "theology on its knees," the Jesuit magazine took this position entirely as its own

The Jesuit magazine settled on the 4th of October, the eve of the start of the Synod of Bishops,  to publish its essay. Apart from a post in which Cardinal Kasper's "theology on his knees" was praised, it is the first direct contribution to the theme "second marriage", which is  advocated by a German Cardinal for the approval of remarried divorcees to Communion.

Not only is the strategic timing remarkable, but how the renowned and lofty official papal character of the magazine broke its silence. It made Kasper's thesis completely its own. The German cardinal "is called by the first line as a landmark," said Magister.

The Civiltà Cattolica is not just any magazine, as the Vatican's censorship shows.

Since its inception, all posts are required to be submitted to the Vatican Secretariat of State prior to their publication and has obtained a license to print to this day. Hence conclusions can be drawn. The contributions come exclusively from the pen of Jesuits. Between Pope Francis, a member of the Jesuit Order himself, and the current editor of the magazine, Father Antonio Spadaro, there is "tightest agreement" (Magister). Father Spadaro is internally to the Church what Eugenio Scalfari is outside as the most important interpreter of the papal thought and action.

"Ecumenical" Opening of the Council of Trent for "Second Marriage"?

To move the Synod of Bishops to be "open" towards "second marriage", the Jesuit magazine continued with a surprise move. It dug out of the otherwise less noticed Council of Trent, that council which reaffirmed more than any other, the unity and indissolubility of sacramental marriage bond.

"The Council Fathers of Trent had been moved to make this gesture, which the Jesuit Magazineconsiders as 'ecumenical' ante litteram, to allow the Catholics who lived in the Greek islands of the Republic of Venice and with the approval of their Latin bishops, to visit the Orthodox churches. The Venetian ambassador addressed the request to the Council, 'to allow these Catholics to maintain their rites, including the possibility of a second marriage if the spouse had committed adultery," said Magister.

After a heated discussion, the Council Fathers decided by 97 votes to 80, to match the application and formulate the new Canon. The new Canon affirmed the indissolubility of marriage, but no longer contained an explicit condemnation of the Eastern practice.

The author of the contribution in the Civiltà Cattolica is Father Giancarlo Pani SJ, Professor of Church History at the University La Sapienza in Rome. He reconstructs the debate at the Council of Trent with numerous details, including all references to the Council Fathers, to the New Testament and the Church Fathers.

In his own account of the ecclesiastical practice of the early Christian centuries, however, Father Pani follows exclusively the representation of Giovanni Cereti and whose book Divorzio, nuove nozze e penitenza nella Chiesa primitiva (Divorce, Remarriage and Penance in the Early Church) from 1977, which was reissued in August 2013  in time for the new debate. Cereti is the main, if not sole, source of Cardinal Kasper in his speech to the cardinal consistory last February. All recent studies on the subject, such as those of the renowned patrologists Crouzel Henri and Gilles Pelland, both also Jesuits who "literally destroyed" Cereti (Magister), Kasper ignored completely and as  Father Pani does now in this essay.

This results from the article in the Civiltà Cattolica gives the impression that the Council of Trent already gave a gesture of "evangelical mercy", which should be taken up and amplified now, as the Synod of Bishops meets and that the alleged benefit "of those Christians who are suffering a failed marital relationship life ".

"In reality," said Magister,there was no "opening" by the Council of Trent towards the second marriage: "it was decided only in this point with that reservation, which was also in the centuries previously and was maintained thereafter, in no direct conflict to come with the Orthodox churches."

The exceptional situation that prevailed in the Greek islands of the Maritime Republic of Venice, was resolved  again by itself, as the islands were occupied by the Ottoman Empire and were lost for Venice. It never repeated, not even for those Eastern Church communities united with the Church of Rome. There was an advance profession of faith  required of them, with which it expressly recognized the impossibility of a second marriage.


The article in the Civiltà Cattolica reinforces the impression that there is strategic planning on the topic in the context of Pope Francis, which fosters the "opening" for remarried divorcees whose outward spokesman is Cardinal Walter Kasper.