Cardinal Duka: "The Dissolution of the Family is a Civil Hiroshima" 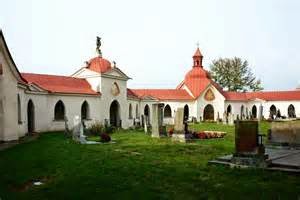 Chairman of the Czech Bishops' Conference: The "planned destruction of the family" by "certain ideological currents" is "a civil nuclear war,"  that is "a larger and more painful reality than any economic crisis".

Prague (kath.net/KAP) On the occasion of the Church's "Year of the Family" a National Family Pilgrimage was held in the Czech Republic. These gathered in Zdar nad Sazavou (Saar at the Sázava) more than 5,000 children, parents and grandparents, to jointly lay a commitment to family. Just before the event the complex on the Zelena Hora (the Green Mountain)in the Diocese of Brno had been handed back into the care of the Catholic Church. The President of the Czech Bishops' Conference, Cardinal Archbishop of Prague Dominik Duka (photo) gave the sermon last Sunday on both occasions.

The "planned destruction of the family" by "certain ideological currents" is "a civil nuclear war," said Duka. Because it will put society in the same "state as Hiroshima after the atomic explosion". This decline has been "a larger and more painful reality than any economic crisis."

Attacks on the family set the stage where man is isolated and enslaved, said the Bohemian Primate. The first step in the subjugation of African slaves was not by chance the destruction of their families, reminded Duka.

Motioning to the event location the cardinal said, the restitutions presented "a gradual termination of the financing of Church operation by the state". What Church and society would most need is a "return of marriage and family in their original condition".

Designed by the Prague architect Giovanni Santin Aichel, the pilgrimage complex on the Green Mountain at Saar is a major work of the so-called Bohemian Baroque Gothic. Its inclusion as a UNESCO World Heritage Site was 20 years ago this weekend, was a commemoration for the festivities from the 5th to 7th of September.

The transition of pilgrimage area, the cemetery and the property to the Church is a sensitive issue, says local pastor Vladimir Zalesky. Above all, we strive to return to regular pilgrimages, church services and an expansion of the spiritual and cultural offerings outside the tourist season.

Particular attention will be given to the selection and training of church leaders. They should learn to master its renunciation, the numerology and ascenticism of John of Nepomuk Church and communicate to the Faithful as well as those not close to the Church through its strange enclosure wall.