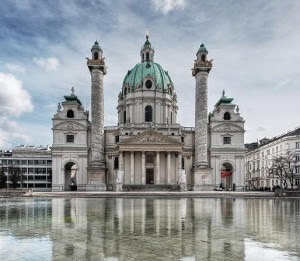 (Vienna) Attacks and vandalism against churches have been mounting in Austria are piling up for several years. On Saturday night, the famous Karlskirche was show with paint pellets and daubed with slogans by left-wing extremists in Vienna. "Police said the damage was enormous," as the ORF reported. The perpetrators damaged several statues with their paint on the outside walls of the church. Anarchist symbols and a dripping font "from repression follows resistance" point to the extreme left-wing "autonomous" way. It is assumed that there are multiple perpetrators. The official line is that there is "currently" no evidence of the perpetrators. However, the left-wing extremist scene in Vienna is very well known to the police.

Arson Attack Against Mary Our Lady Church in Bregenz

In Bregenz on Lake Constance unidentified perpetrators engaged on Saturday night in an arson attack on the Mariahilf Church. At about 1:20 AM, a 52-year-old woman discovered the fire. With the help of a a 62-year-old man, she tried to extinguish the fire. She had to be treated for suspected smoke inhalation in the State Hospital. The perpetrators had doused the church door with chemicals and set it on fire.

A canister was secured near the church door. The police are asking the community for evidence in both cases.

In March, several churches of Vienna had been damaged. A 37 year old man was detained and confessed to six acts he is alleged to have done on a "divine mission". The police suspect a single perpetrator in this case. The situation is different in the attack on the Karlskirche, which carries clear political handwriting and reveals hate for the Church. 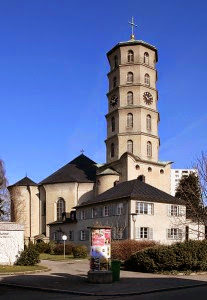 The Karlskirche (St. Charles Church) was build by Emperor Charles VI. who took a vow during the last plague back in 1713. Its patron is Saint Charles Borromeo. The church was built from 1716-1739 by Johann Bernhard Fischer von Erlach and completed after his death by his son Joseph Emanuel Fischer von Erlach. The church was under Imperial patronage until 1918. The church has been looked after since its construction by the Order the Cross with the Red Star from Prague. (A Lay association founded by St. Agnes of Bohemia) On November 4, 2013 Bishop Vitus Huonder of Chur celebrated a Pontifical High Mass in the Karlskirche in the Extraordinary Form of the Roman Rite.

The Mary Our Lady Church in Bregenz is the parish church of the Vorkloster-Rieden district. It was built in 1925-1931 according to the plans of the architect Clemens Holzmeister. The parish church is also dedicated to heroes for the fallen soldiers in the First World War.