Canonization of a Missionary, And Rejection of Mission? 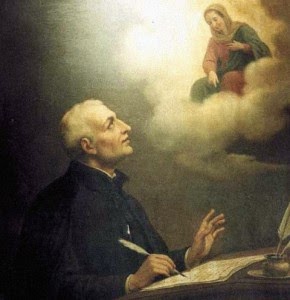 (Rome) Pope Francis celebrated on Thursday in the Roman Jesuit church of St Ignatius of Loyola in Campo Marzio, a Mass of Thanksgiving for the Canonization of the Jesuit missionary José de Anchieta (1534-1597). The new saint is venerated as the "Apostle of Brazil". His canonization was "pro gratia" without a regular canonization process, because such would be impracticable because of the large temporal distance. The missionary and founder of Sao Paulo in Brazil has a reputation for holiness and is venerated in the Portuguese-speaking country in Latin America by the faithful people as "national saint".

Only 19 years old, he had set out as a missionary in the New World. There he received the priesthood in 1566. The Holy José de Anchieta worked all his life as a missionary and is worshiped as such. Pope Francis said, literally, that the new saints of such religious zeal was animated, that he "could form a nation", today's Brazil.
All the more surprising that Pope Francis, the words mission, missionary or proselytizing never mentioned in his sermon was. Instead, he reiterated its condemnation of the "proselytism". Literally, the Pope said: "The Church does not grow by proselytizing, but by the charisma and appeal of the witnesses and the joy."  The testimony arising from the "joy" that will to proclaim. "Without this joy without this joy, you can not start a Church. It is an apostolic joy that radiates and spreads. "

In his interview with the atheist Eugenio Scalfari the Pope had said that "proselytism is a huge stupidity". He included not only an aggressive mission form as  some Protestant groups are accused of being, a rejection, but overall of mission, he said to Scalfari "I do not want to convert" (see the Full Interview of Atheist Scalfari with Pope Francis - Is There No Objective Good? ).
We now know that Scalfari formulated the answers of the Pope himself. However,  the atheist doyen of the prevailing left-liberal mainstream is assured to have this content exactly reproduced in summary as the Pope had told him (backgrounds for Pope Interview - Scalfari: "I Formulated The Pope's Answers Myself" ).

Otherwise he later spoke two weeks later for World Mission Sunday at the General Audience of 16 October 2013 (see No to Conversions, Yes For Mission - The Pope Contradict Himself? ). The Church has a task, and it is called "mission". In this specifically Christian category and related language Pope Francis, however,  strongly criticizes  "proselytism", "poaching" of other faiths, but speaks simultaneously of a "charism" and "spread" by the "joy" of the "testimony"

What is the Message of the Pope?

In the absence of conclusive presented concept the interpretation of the Pope's words remain  uncertain and there are a variety of questions. For example: Is it a general waiver of mission? What does Pope Francis with "proselytism", that  "there is no way for the growth of Church"? If you want the church to wait passively until other faiths or atheists - attracted by the testimony - ask for  inclusion in the Community Church   but isn't active in any way in  missionary work?    The elimination of the Jewish mission is in fact already a fact, the renunciation of the Protestant mission is mostly accomplished: now there follows a general waiver of mission because the other faiths "already"  believe? Or does the Pope simply redeem  the "old" language regime and replace it with a new one? Joy as a synonym for mission? Why doesn't  he say it?
The papal statements confuse especially in connection with the canonization of José de Anchieta, it resulted solely from his mission and zeal for souls in Brazil. He wanted to proclaim Christ and wanted to evangelize. Had he otherwise remained in Europe, would he have joined another Order and led somewhere a contemplative religious and priestly life?
Text: Giuseppe Nardi
Picture: Wikicommons
Trans: Tancred vekron99@hotmail.com
Link to Katholisches....
AMGD
Tancred at 3:13 PM
Share