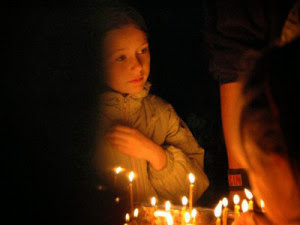 (Ashgabat) police and intelligence have conducted a raid against the believers of Protestants of the Mission organization Light of the East in Dashoguz, the third largest city of Turkmenistan . A special unit stormed two houses of prayer, searched them and confiscated all religious materials, including bibles. An official of the Department of Religious Affairs, who is also the imam of a local mosque at the same time, turned to the pastor of the Christian community with an invitation to convert to Islam, because his religion was "wrong". "Christianity is a mistake and not even a religion, but a myth," said the Imam.

The police threatened a Turkmen Christian with 15 days in prison and deportation because he had supported the Christian community. Of one group of Christians who were then in one of the two houses were rehearsing songs for the Sunday service, an official claimed that "the songs of praise to God are banned here [in Turkmenistan]". The number of Muslims in the is estimated at 89-93 percent (almost exclusively Sunni, about two percent of Shiites), while the Russian Orthodox Christians probably make up 6-10 percent. The remaining one percent are Catholics, Protestants, Jews and all other religions inlcusive.

The Norwegian website Forum18 documents cases of violations of religious freedom in Central Asia, reports that the number of fines and warnings against Christians in Turkmenistan are on the increase. It is not clear whether this is anti-Christian or anti-religious measures in general. Muslims receive only a limited number of exit permits to participate in the traditional Islamic pilgrimage to Mecca. The state seeks to exercise strict control.

The Pentecostal Community Light of the East is officially registered and recognized by the state since 2005. It was among the first non-Islamic and non-Russian Orthodox religious communities in Turkmenistan, where it has been allowed by the state to practice outside of the capital Ashgabat. For several weeks, however, the faithful of this community are increasingly the target of police abuses. Religious material was seized, and as the Christians were taken to the police headquarters to pick up their personal information, they were intimidated and threatened with punishment.

At the same time the number of prisoners increases who are imprisoned for crimes of opinion, especially because defense of religious freedom. In the second half of November, the Jehovah's Witness, Suhrab Rahmanberdiyyev, was sentenced to 18 months in prison because he is a conscientious objector. It is the ninth Jehovah's Witness, who ha been arrested and sentenced in Turkmenistan because of that. Of Rahmanberdiyyev it is known that he was beaten in jail because he refuses to identify himself as a Muslim and convert to Islam.