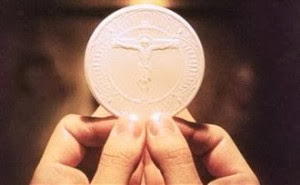 Probably just another dumb kid that hangs out at reddit all day.

This is demonic, whatever the awareness of the girl.

Apparently, the girl has more awareness about the reality of the consecrated Host than most Catholics today...whatever her reason may have been.