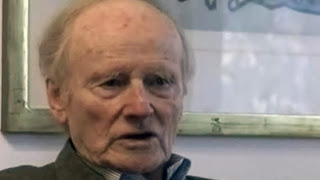 Edit: in light of recent events with Bishop Tebartz van Elst and the German Bishop's complicity in distributing pornography with Catholic's donations, enforced through the church-tax, this statement by philosopher Robert Spaemann on September 9th of 2011 really cuts to the quick.

(Gloria.tv / KNA) The philosopher Robert Spaemann has criticized the church tax. "It is scandalous in our church tax, that he who pays no more church tax, is excommunicated," the Catholic said this for the newspaper "Die Welt" (Friday). "You can deny the resurrection of Jesus, but then you are not suspended as a priest. Yet when it comes to money, it gets serious. This coupling of church membership and church tax must fall. "[How about suspending heretical priests, instead?]

Spaemann also welcomed the speeches held by the Pope on his visit to Germany and his plea for the Church's detachment from the world. "As Archbishop of Munich, Joseph Ratzinger once told me on a walk: You know, what the biggest problem of the Church in Germany is? She has too much money."