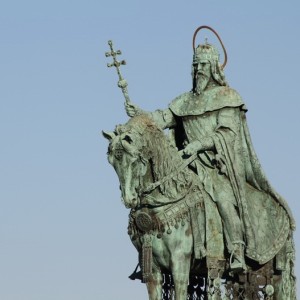 (Budapest) Europe, which has reached the highest stage of civilization, its history, is marching straight for the "great happiness". This is at least what it sounds like coming from the mouth of the EU-Middle. "As everyone knows, this happiness comes from the worship of the euro, aberro-marriage and the silence of the Christians," said Paolo Deotto in the journal Riscossa Cristiana. In this Europe, the official information seems just as selective as its morality. The familiar adage is that before the law all are equal but some more equal than others.

Whether backbenchers in parliament or ministers, the messages with which citizens are "happy" in the mass media are often filled at those times as well as irrelevant heated discussion is followed with irrelevantly worded messages. It will be reported for days. But if a European nation manages to gets released from the stranglehold on the International Monetary Fund, no one talks about it. Since it may even happen that the Prime Minister of this country is just as involved in a strange "accident", which resembles more an assassination attempt, and still no one is talking about it. It might be thought that such a financial sensation and a "assassination" are interesting and important, especially when the 1001th sham fight among politicians takes place.

The selective secrecy of the information obligation

Hungary has succeeded recently, to be rid of the by no means altruistic care of the International Monetary Fund. Whose representatives were asked to pack their bags and leave Budapest. Hungary is ahead of schedule, with the year-end loan payment of the 20 billion dollar loan taken out by the previous Socialist government. The country on the Danube and Tisza has maintained its currency and has not joined the euro zone. The government of Prime Minister Viktor Orban is determined to restrict the economic, financial and monetary policy in the "house" and not to be dictated by international, opaque boards whose interests lie elsewhere. This line does not seem to work so bad, if it makes it possible to repay large loans even ahead of time such as the International Monetary Fund. Economic and monetary sovereignty are of course not desirable with the powerful who control Europe and determine the economic and fiscal policies of EU Member States. Not without reason was Hungary for some time under continuous-media bombardment "by the European media regime" (Paolo Deotto). Hungary is represented in a distorted light and the democratic government, as a bunch of crazed and dangerous demons that threaten the country's democracy and the opposition is silenced. At least the same or similar sounds pretty unanimous chorus. Even in the German media it has already been eagerly reported that an alleged mass exodus of the intellectual elite is, almost hastily fleeing Hungary, "frightened of the authoritarian rule of the government".

Nevertheless, even the media have to Boys Choir, sometimes even if grudgingly admit that Hungary experienced an unexpected growth.

Hungary's "crimes" against the "sacred cows" of the EU's powerful

The reigning Hungarian Prime Minister Viktor Orban has committed some serious crimes against the "sacred cows" of the EU. He has brought the central bank of the country back under the control of the Hungarian state. He urged the representatives of the International Monetary Fund to leave Hungary. He left the Hungarian Parliament to adopt a new constitution, which refers to the Christian roots of the Hungarian nation. This is for the really powerful in Brussels and Strasbourg, the flagships figures today who are [child molester] Daniel Cohn-Bendit, a single horror. They have responded since early 2012 with an international media campaign, which aims to demonize Hungary in public opinion. The aim of the media attack is especially the Prime Minister Orban. If you read some media report, you may think Orban had come to power in a violent coup. In reality, he was elected into office in democratic elections by the majority of his people. Similarly, the new constitution was in compliance with all constitutional procedures implemented by a regular parliamentary vote.

Accident or Assassination? - Parallels to Alexander Dubcek and Lech Kaczynski

But a country that relies on a new constitution based on its Christian roots, but says not a word about "gay rights", had to be lavished with indignation by the media makes of hearing between Vienna and Paris, Copenhagen and Rome. The same press that leads a media campaign against Hungary for more than 18 months, but knew very little about the remarkable debt relief from the International Monetary Fund and Hungary to report the associated expulsion of the international organization. Nor about the strange "car accident" in the end of July, in which Prime Minister Orban was involved. Orban was just to visit in Romania when a vehicle crashed into his car convoy. The driver of the car was dead and therefore can not give more information about his strange maneuvers. But the incident seems pretty obvious. As obvious as other "strange" accidents: for example, the death of Alexander Dubcek (1992) or the Polish President Lech Kaczynski (2010).

An attack can not be proved. There was no investigation. That there would be, if the incident had happened in Hungary. Striking is certainly the almost total silence of the incident by the mass media.

The readers are recommended to read the preamble of the new Hungarian constitution against the media barrage, to make an image for yourself. When the new Constitution was adopted, wrote the Spanish church historian Francisco de la Cigoña: "Today I would like to be Hungarian."