Brother of Leonardo Boff: "We Should Have Listened to Ratzinger" 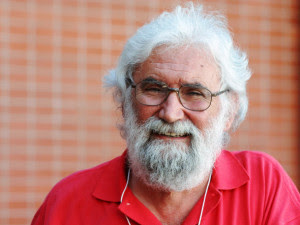 (Rio de Janeiro) During these days the media duck made the rounds, the prefect of the CDF, Curia, Archbishop Gerhard Ludwig Müller had called for a "reconciliation" with the liberation theology, the brother of the most famous liberation theologians of the world, Leonardo Boff has spoken up, and in a very different sense.

Liberation theology was one of the worst disasters of the Catholic Church. Its inventors are the theologians Gustavo Gutierrez, a Dominican, and Leonardo Boff, a Franciscan. It was created after the Second Vatican Council and is supposed to interpret and respond to the dramatic situation of mass poverty in Latin American countries. That's as far as the noble intention.

In reality, they mingled with the theology with the current fashion and seemingly unstoppable Marxism. First they justify class struggle, then armed struggle which leads inevitably to violence. And many Catholics, including priests, religious and seminarians have followed this siren song. The result has been great suffering and serious cracks and splits in the Catholic Church by priests who bartered the cross with the machine gun. Clerics, who, instead of following the example of the saints, rather imitated the example of Che Guevara and fought in the guerrilla struggle through the cities and the jungle and were eventually shot by the police or military.

For this reason, the Latin American bishops condemned the contagious Marxist theology in 1979. The same was done in detail, explained by the doctrinal congregation, under the leadership of Cardinal Joseph Ratzinger at the express request of Pope John Paul II, who was from in the Soviet-controlled Eastern Bloc, and was particularly sensitive to the topic. The CDF studied the phenomenon from the perspective of orthodoxy and the social doctrine of the Church. The condemnation was accomplished with two documents: Libertatis Nuncio (1984) and Libertatis Conscientia (1986). In both, it was noted that liberation theology was in a dependent relationship to the Marxist critique of society and is therefore incompatible with the Gospel message.

Leonardo Boff, today, with other colleagues of the anti-Church boulevard magazine Fatto Quitidiano has this intervention Ratzinger never forgiven. He turned his back on the church and began a personal vendetta against them, including through its Brazilian "Base Communities". A kind Brazilian Don Gallo .

Recently Boff was reported to praise again and speak of Pope Francis effusively. And the media habitually gave him quite a hearing. It had been Boff, who had demanded on behalf of the Council, to the media, that "someone like Bergoglio" should not even be admitted to the conclave. The reason for the Boff did not mention, of course, is that Cardinal Bergoglio had met in Argentina Marxist liberation theology up close and dislikes. Bergoglio rejected the theses of Marxist theology and opposed his brothers in the Jesuit order, who joined Boff and Gutierrez. The result was a still ongoing resentment from parts of the Order against Bergoglio. As Boff has never forgiven him for the condemnation of the theology he created, so have some have the same Jesuits never forgiven Bergoglio.

It is interesting in this context an interview that the Brazilian newspaper Folha de São Paulo was held with Clodovis, the brother of Leonardo Boff. Clodovis, a member of the Servites, contradicted his brother:

"In the two documents published by Cardinal Ratzinger, he defended the original core of liberation theology: the commitment to the poor because of the faith. At the same time he criticized the Marxist influence. The Church can't do this. It's not like a civil society where people can say what they want. We are tied to a belief and if someone professes another faith, he closes himself from the Church. From the outset, it was clear the importance was to make Christ the foundation of all theology. In the hegemonic discourse of liberation theology, however, I have noticed that faith in Christ only appeared in the background. The anonymous Christianity of Karl Rahner was a great excuse to neglect Christ, prayer, the sacraments and the mission in which the focus was only on the change of social structures. "

Clodovis Boff, formerly himself a representative of the Teología de la Liberación , who was already critical of it in 1986 and finally distanced from liberation theology in 2007, added: "In the 70s Cardinal Eugneio Sales withdrew my teaching license of Theology at the Catholic University Rio. Sales told me in a friendly way: "Clodovis, I think you are mistaken. Doing good is not enough to be a Christian. The center is to confess the faith ... " He was right. In fact, the Church was irrelevant for us. And not only Her, even Christ Himself "

Link to katholisches...
Posted by Tancred at 2:05 AM

The cup is half full. Our help is in the Name of The Lord... forever.. amen +

Liberation Theologians are the Pharisees of the modern Church. They have politicized Christ by reducing Him from the supernatural Savior of the world to the mundane liberator of the socially oppressed. So, the Pharisees preached the arrival of a political Messiah who would liberate Israel from Roman rule, when, instead, Christ came to set us free from the temporal and eternal consequences of sin. Liberation Theology is a Christological and Soteriological heresy.

yes, and really this error in somewhat milder form is
pervasive and it is apparent in a multitude of ways.

Clodovis Boff's quote and your comment, Peter, are the most succinct and pithy explanations of what Liberation Theology Is at it's core that I have ever seen. Thank you and many blessings on you both for your clarity… Lighthouses in a foggy world.

"The anonymous Christianity of Karl Rahner was a great excuse to neglect Christ, prayer, the sacraments and the mission in which the focus was only on the change of social structures."

Did the Boff brothers deliberately grow beards in order to look like Karl Marx?
I think the answer is yes

The results of the poor turning to the Pentecostals that Atheistane mentions is actually much more of a result of the Church's repression of liberation theologians and the anti-communist terrorism that the US orchestrated in Latin American countries than it is of any sort of failure on behalf of the theologians. The Jesus-centeredness of real liberation theology is finally being seen with our current pope. This article, I'm sad to say, is quite anecdotal and superficial and has an incorrect understanding of what liberation theology is. It is not a lighthouse, but just another machine that is producing religious fog that steers us away from doing the work of Jesus and building God's Kingdom.

Stop trying to whitewash this Socialist junk, thanks.

but you are ok whitewashing capitalism? the gross inequalities that capitalism produces are precisely the sort of sin that Jesus warned us against on a collective scale. having said that, liberation theology isn't exactly socialist. As Father Ignacio Ellacuría, one of El Salvador's Jesuit martyrs said, it is one thing to have a position that is closer to socialism than it is to capitalism, but it is another thing entirely to be socialist. you do understand that distinction, right?

Nothing wrong with earning a living.

agreed. so why do we deny that to so many people. look at the products that we are all using to read and respond to this post...now, let's take a close look at the wages that people earned for producing it. there is no doubt that they worked, but they certainly aren't paid a living wage for it. unfortunately, my individual choice to participate in that or not will not change this because it is a structural problem. and that structure is the collective sin that liberation theology was denouncing. the idea is that we were all called to build God's kingdom, but the structure of the system as it is will not allow that. if we are to follow Jesus, then, we should denounce the system (in the same way he did). That is the central tenant of liberation theology. there is a recognition that socialism comes closer than capitalism, and there were even some priests (but not all) who argued for a socialist system, but many did not. Ellacuría, for example, who I mentioned earlier, called for a civilization of poverty, which essentially asks for a universalization of what you just said (earning a living) as a human right. Here is a website with some info: http://johnleeucc.com/writings/CivilizationPoverty.htm