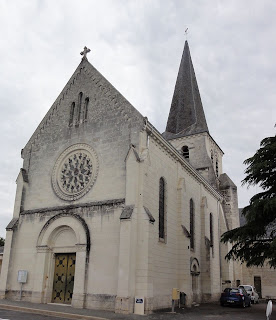 (Vienne) in the French city of Vienne, there was a sacrilege. The parish of Naintré the tabernacle was broken into during the night from Sunday to Monday. The perpetrator or perpetrators forced entry into the Church and stole two consecrated Hosts from the tabernacle which served for Eucharistic adoration. The perpetrators broke most of the radial parts of the monstrance. They then set off in search of other consecrated hosts in another tabernacle in a side chapel, in which, however, no Most Holy Sacrament of the altar was reserved.

The pastor lamented that the media have not even taken note of the blasphemous sacrilege. "If someone had laid hands on a mosque, all would have been screaming for a media scandal. But what of it when it happens to a Catholic Church? ", As L'Observatoire de la Christianophobia reported. Satanists are suspected as the perpetrators.