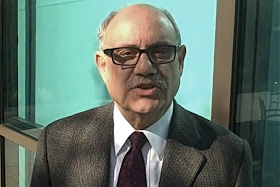 Edit: he was one of the pioneers.  It's noted that several of the stories we've read in the sparse coverage this item has received in the national news has avoided associating him with anyone sacred to the cause.

San Francisco is a small place and all of these people know each other.  It would be interesting to see what happens when the sun shines.

Yet it's also interesting, if not to say discouraging, to see the thing perpetuate itself, evidence notwithstanding with the entertainment figures, media personalities and "educators" who are being put in jail.  Despite all of the evidence, figures like San Francisco's own Allen Ginsberg, who served on the board of NAMBLA, still escape the infamy they well deserve.

This champion of unnatural unions was paved the way for same-sex marriage legislation when he was involved in a highly public case against Union Pacific Rail when his partner in depravity died and he was deprived of bereavement  leave.

Gay rights icon Larry Brinkin has been arrested on charges of child pornography, according to San Francisco police.

Brinkin, 66, best known for fighting for equal rights on behalf of the LGBT community, was booked into San Francisco County Jail on Friday night. He posted bail and was released Saturday, SF Weekly reports.

The San Francisco Police Department seized computers, videos, VHS tapes and a floppy disc from Brinkin and his husband’s [sic] home, according to a search warrant obtained by SF Weekly.

Note the complete silence on this.  If it had been someone more, say, fitting, we'd probably be hearing more of it.

This parallel case involving a white male is getting more coverage. 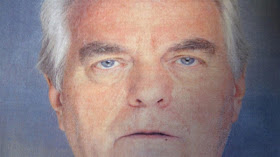 Another high profile case involved a white male, which was prominently featured by MSN.  It's unfortunate that neither of these men were allowed to marry.  Maybe, somehow, their situation would have been different.