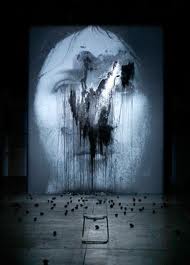 (Milan, Italy) Andrée Ruth Shammah, the director of the Teatro Parenti is seeking the "political and relgiously responsible people in the city of Milan", the Communist Mayor Antonio Pisapia, the Catholic Archbishop Andrea Scola and probably also the Police Prefect, to take care of the peace and security of the theater, to protect from "daily more serious" waves of protest against the introduction of the blasphemous play "Sul conetto di Volto nel Filgio di Dio" [On the concept of the face regarding the Son of God], which is a huge representation of the face of Jesus which is pelted by stones and mud while the following sentence smeared with excrement, "You're not my Shepherd". The theater "never wanted to be offensive", said Shammah. "We are not looking for controversy, though we have looked for dialogue with mutual respect."

Shammah distributed the release simultaneously at the same release, however, the labels of "good" and "evil". In the production itself, there is no invitation to a "constructive dialogue". They miss every insight of criticism of the piece by Romeo Castellucci. In place of that Shannah dismisses every criticism, that the production only "by reason that there are falsely or misleading interpretations", to be finally brought "to silence" ultimately, because of a word that's conceived as "blasphemy". The charge of blasphemy is categorically denied by the director. What is blasphemous or not is obviously determined by religious sensibilities. [Which don't matter if those are Catholic.] The shift in roles of "black and white" according to Shemmah is: these are free arts, that are completely and unjustifiably threatened, against which demand protection by the authorities, then there are those, where those who threaten them are completely unjustifiably threatened, while they call for the protection of the authorities.

The Jewish Shemmah puts a surprising lack of religious sensitivity toward Christianity in this day, especially since she is heavily involve d in the life of the Jewish community. Even on her Facebook page, there are complaints, however, about the "anti-Semitic" character sound to the criticism of her work.