What is the main problem of the Old Liberal "Pastor's Initiative" in the view of the Cardinal?  They have sounded their reputation far beyond Austria. 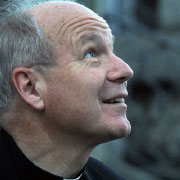 (kreuz.net, Wien) The Old Liberal 'Pastor's Initiative' has done enormous damage to the Austrian Church in the Catholic milieu worldwide.

Apparently, the Cardinal meant to identify the "Austrian Church" with his own reputation.

A life for the headlines


The Authors of the "Call to Disobedience" do not appreciate the damage they have caused.

The Cardinal put that in for appearance's sake.

The Cardinal is concerned about outer appearances

The Cardinal considers the effects of the 'Pastor's Initiative' as an "unbelievably negative input" in the "Church image" of Austria.

He stayed with these formulations which stay so closely the superficialities which are so important to him.

He actually holds the imaginary problems of the 'Pastor's Initiative' for real.

He only wants to undertake "solutions in other directions".

At the same time, the Cardinal wants to take "headwinds" -- as long as they come from the Old Liberal side -- "in a sporting way":

"Without the wind there is no sailing, and when contrary winds occur there has to be some shifting, that is creative or inspiring."

In Vienna everything goes -- unless it's Catholic


The Cardinal signaled his full support with the usual weaselly vocabulary.

It requires "workable solutions" with the world Church.

Cardinal von Schönborn encouraged the Old Liberals to examine closely what has happened in order to see what "has already happened and what also can be done."

It has already happened that prominent Vienese adulterers have had their union blessed with the agreement of the Cardinal and have thus been confirmed in their mortal sin.

Other adulterers could add themselves in the great churches of Vienna.

On the other hand, the Archdiocese denied a Priest of the Society of St. Pius X from saying his first Mass at a Viennese church, although the parish pastor had requested permission.


The Cardinal shows that his "reform process" is an apparent break.

This has especially caught the attention of the -- Old Liberal -- German Bishops, he said, discrediting himself.

A central figure of his church regime is the person he appointed to be Director of the Pastoral Office, Veronika Veronika Prüller-Jagenteufel.

She is a declared feminist ideologue and student of the long arm of the media bosses, Father Micheal Zuhehner.