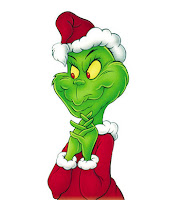 Edit: Father Z asks his readership if they are going to use Advent wreaths. Actually, the advent wreath was invented in Hamburg Germany in 1820 by a Lutheran minister named Johann Hinrich Wichern.

MANILA, Philippines – Instead of Advent wreaths, Filipino Catholics should hang “parols” (star lanterns) in their homes and churches this Christmas, a Catholic bishop said Saturday.

Lingayen-Dagupan Archbishop Socrates Villegas said the practice of hanging Advent wreaths comes from Protestant traditions in Europe while the parol is “the most popular symbol of our Filipino Christmas tradition.”

“In consultation with liturgists who advocate for Filipino expressions of our Catholic faith, we want to offer the ‘parol ng halina’ [Advent parols] as an alternative to the European advent wreath,” Villagas said in a statement.