Party Animal Monk Spied on the Vatican for East Germany

Editor: This is related to an earlier story about how Stasi was spying on Pope Benedict.

Fortunately, the left-wing comrades are in power. Otherwise the German Bishops would would not only be crying about the abuse-hoax, but also because of their sensitive interactions with the DDR- spies for the cameras of the media bosses. 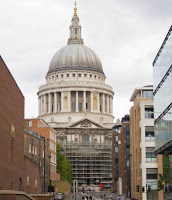 (kreuz.net) Two men of Trier have played an important role in espionage taking place in the Vatican.

This was according to the online-edition of the newspaper 'Trierer Volksfreund' on the 15th of September.

Why weren't the names named?

The former editor of the 'Katholischen Nachrichtenagentur' [Catholic News Agency], Alfons Waschbüsch, caused a lot of damage as a spy for the Stasi.

Waschbüsch is not referred to by name in the 'Trierer Volksfreund".

He was an unofficial member of the East German Ministry for State Security for more than a decade. His code name was "Anthony".

From the mid-70s he gave a lot of information about the situation of the Vatican to the criminal regime of East Germany [DDR].

Waschbüsch, was a Rome Correspondent for the 'Katholischen Nachrichtenagentur' during this time with high ranking contacts in the Vatican.

He was probably the most valuable Stasi agent in the Catholic Church in West Germany -- cited the newspaper's Historian and Stasi-expert, Bernd Schäfer.

He provided information about the attempt of the German Bishops' Conference attempt to influence the government of Helmut Kohl.

Treated as a minor offense

Waschbüsch was active till the fall of East Germany as a spy.

He was unmasked in 1992, as German Constitutional watchdogs were combing through the open and cover names of the Stasi in the files, which were in the possession of the US Central Intelligence Agency.

Waschbüsch was let go where he was active in the meantime in Wiesbaden.

Actually, in the same year the Diocese of Trier hired him -- in full knowledge of the situation -- as the director of the Press office in Koblenz.

That was the "conscious decision" of the then Old Liberal Bishop Hermann-Josef Spital († 2007) of Trier.

It is a profoundly Christian attitude to forgive someone who made a mistake -- and it was the attitude used for other offenses as well.

Waschbüsch was criminally convicted of his espionage activities without a trial for a fine.

For twenty years he taught religion at two high schools in the city. Waschbüsch was his pupil.

In 1974 the Benedictine was called to Rome as the editor of the German speaking edition of the 'Osservatore Romano'.

Father Brammertz was active since the beginning of the 60s as a Stasi-Spy. His cover name was "Lichtblick".[brightlight]

He reported on eavesdropping opportunities in the Vatican chambers or on the visits of Germany politicians and Bishops.

The Monk had a reputation for being a "Party Animal".

In 1987 he died in Rome from stroke. He was laid to rest in the Monastery Cemetery of the Abbey of Saint Matthias in Trier.

His activity as a spy in Rome became generally known in the 80s.

It is interesting that the 'Trierer Volksfreund' is silent over the motivations of both East German spies.