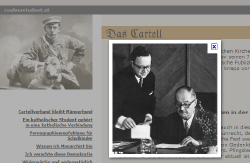 His memorial Mass will take place on 21. December at 11 O'Clock in the Parish Church of the market town of Hinterbrühl  17 kilometers southwest of Vienna.
Tancred at 12:41 AM
Share