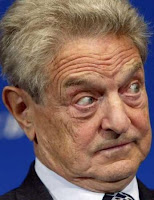 The coalition's latest discovery exposes 31 organizations partnered with Center for Community Change. CCC is a politically radical, anti-life, pro-homosexualist organization whose board members include Heather Booth, former consultant for the National Organization for Women and Sara Gould, president and CEO of pro-abortion Ms. Foundation for Women.

community-controlled, self-help organizations and through transformative education," according to their web site.

Since the coalition began the investigation at least two dioceses, Allentown and Madison, have publicly announced they will not be participating in the Nov. 22 collection. Gamaliel, one of the CCHD grantees partnered with CCC, reports that five diocese have backed out of this year's CCHD collection.

Socialist roots of CCHD and Connections to Political struggles ongoing in relation to Healthcare Reform.

Defense by Archbishops Nienstedt and Chaput, although Archbishop Nienstedt suggests giving money to other worthy Catholic organizations instead.

George Soros' support for Liberal causes within the Catholic Church, particularly the CCHD another dire portent of socialist infiltration.
Tancred at 10:34 AM
Share