The Secret Archive of the Popes and its “Legends”

The Prefect of the Vatican Secret Archives, Mgr. Sergio Pagano, spoke about the opening of the private archive of Pius XII. in the coming year and "legends" around the secret archive.

(Rome) The Prefect of the Vatican Secret Archives, the Barnabite Father Sergio Pagano, reiterated that the Soviet Union after the Second World War, brought the Black Legend of the "anti-Semitic" Pope Pius XII.  into circulation.

Born in Genoa in 1948, Pagano entered the Barnabite Order in 1966 and was ordained a priest in Rome in 1977. In the field of theology, he specialized in liturgy, while at the same time he completed a specialist study of archivistics, diplomacy and paleography. He taught at the Pontifical Diplomatic Academy, at the Pontifical Lateran University and other colleges. Since 1978 he works in the secret archives of the Vatican, where he was promoted to director under Pope John Paul II in 1997. Under Pope Benedict XVI. he was appointed Titular Bishop of Celene in today's Galicia, Spain in 2007 and then ordained him bishop in St. Peter's Basilica. Last year P. Pagano celebrated his 40th priestly jubilee.

The Barnabite Order was created in 1530 in response to theChurch  crisis and Protestant schism at the beginning of modern times. Like so many other orders, the regular canons of St. Paul (CRSP), as their official name, reached their peak in the twentieth century, just prior to the Council and during the Second Vatican Council. Today, the Order counts just over 300 priests.

On May 30, Mgr. Pagano was awarded honorary doctorate by the Ateneu Universitari Sant Pacià, a Catholic University in Barcelona founded in 2015, named after Saint Pacian of Barcelona. The ceremony was the occasion for the Catalan newspaper La Vanguardia to conduct an interview with the honoree, which was published on May 31st.

At first, the prefect explained the rather confusing term "secret archive" for today's ears, which meant a private archive at the time of the Renaissance, in contrast to a public archive. Contrary to popular belief, it is not a question of "keeping secret" documents stored in them. It is rather the private archives of the popes, not the archives of the Vatican or the Church. The name is maintained because the archive has been internationally known for centuries, now also registered and quoted in scientific works.

Access, according to Msgr. Pagano, is only open to entitled scientists who can demonstrate a need for research. The access is granted for three months, but can be extended again and again. The archive is used daily by about 60 researchers. There are not enough staff available to be able to process the search requests in a timely manner.

Pope Francis had announced in spring that from 2 March 2020, the private archive of Pius XII, who ruled from 1939-1958, will be opened. However, the head of the secret archive is slowing down a bit.

"We only have 58 employees and we were not prepared for it. When the archive is opened, not everything will be perfect yet. The holdings of some nunciatures are still in order. "
However, the interested experts could already shed light on various aspects of the pontificate, including in particular the relationship with the Jews and with Adolf Hitler and the National Socialists, but also with Francisco Franco and Spain and the dictatorships in South America, including Argentina.

"The newly accessible documentation, if carefully studied by reputable historians, can clarify these aspects. It can illuminate the historical and political context in which Pius XII. moved, and his dilemma, whether he should publicly comment on the defense of the Jews and the persecution of the people of Israel. Pius XII. planned a public statement and discussed the issue with various ambassadors, but then hesitated for fear that a public statement on the defense of the Jews, as in the case of the Netherlands, might trigger an even more terrible persecution of Jews and Catholics. It could not save the Jews and bring Christians trouble. The question weighed on his conscience until the end of his life, although he came to the conclusion that the only action that could be taken was to save as many Jews as possible directly, but that a public statement would not help. Scientists will have to decide if that was appropriate or not. "

The pope was concerned with the salvation of as many Jews as possible, however. He activated sections, monasteries, dioceses and even the Vatican to give shelter to Jews. The Jews thanked him for this commitment. This not only applies to the former Chief Rabbi of Rome, who converted to the Catholic Church and accepted the baptismal name of the Pope, Eugenio, in gratitude. The State of Israel, founded in 1948/49, also honored Pius XII. for his commitment to the Jews during World War II.

But how could it then come to the Black Legend, that just Pius XII. was the "Hitler’s Pope"?

"This legend originated in the Soviet Union. After the Nuremberg war crimes trial, the idea was circulated that the Pope was guilty of not defending the Jews. As various studies have now established, this idea spread through the Jewish and American press and expanded into an indictment, that Pius XII. had sentenced the Jews to death by his silence.” The Secret Archive's holdings, which will be accessible from March 2020, also provide insight into the relationship between the Pope and the Franco government in Spain. Mgr. Pagano mentions in this context another concern of Pius XII, who considered a Soviet invasion of Europe with the help of the Communist parties in the various states realistic.

The private archive may also bring new insights to the question of the Catalan independence movement. The stocks, Msgr. Pagana, certainly allow a detailed tracing of the attitude of Pius XII. to General Franco and any changes in this attitude.

Then there are the many legends surrounding the secret archive the prefect dismisses. These are "sillinesses" that someone with some education "can not believe.”

"It is also said that we keep the seven-armed, golden Menorah, which stood in the Temple of Jerusalem, but in reality was destroyed by Emperor Titus. It was even written that we would keep heads of Martians and evidence of UFOs. "

The claim of writer Dan Brown that he has been denied access to the secret archive "is a lie", says Msgr Pagano.

"Dan Brown never asked to enter the archive. He wrote all sorts of nonsense, without any basis, just to make money. If he has the necessary titles, he is welcome to come, and then, when he sees the truth, he could no longer invent certain secret places and doors and non-existent labyrinths.”

An ingenious security and fire protection system protects the secret archive. Many documents are stored in a new bunker.

"If there was a fire, I really would not know which of the important documents were to be salvaged first. There are really very many!”

When a Pope's private archive is opened, “all documents are made available, as permitted by the Vatican Law. Excluded are marriage tribunals out of consideration for the persons concerned, the documents on episcopal appointments, because the Pope usually selects from a panel of three, and the non-appointees, of course, have relatives and a parish. This excludes purely personal documents that are found at the death of cardinals, bishops and curia employees."

The Collective Image of the Inquisition is Fake News 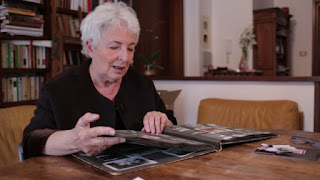 (Rome) The historian Anna Foa, former Assistant Professor of Modern History at the Roman University of La Sapienza, recently spoke in the media on the subject of Inquisition, including the essay "Inquisition without a Monster" in the business daily Il Sole 24 Ore. The occasion was a historic conference to open the Vatican Secret Archives 20 years ago.

Foa recalled that the latest state of research refutes all "black legends" of the Holy Inquisition. The numerous allegations against the Inquisition have indeed entered into the collective memory, but only in recent times. They have little to do with historical reality.

The charges brought against the Church in connection with the Inquisition are genuine "fake news". The collective memory, which obviously has a very clear idea of ​​what the Inquisition was, does not go back to direct knowledge, but is an anti-Catholic construct whose origins date back to the eighteenth century. Many sides have worked on the caricature.

The problem, Foa says, is, as with much fake news, that false claims can be "louder" than the truth. This has to do mainly with who controls opinion, but also with the fact that some want to believe the fake news.

"Passions and prejudices," Foa said regretfully, "are a myth-factory" that seem to nourish themselves.
So it is in connection with the Inquisition and the Church. The historical facts are now known and researched, but the false stereotypes in people's minds are stronger. The historical reality is so different that it not only is dominated by every form of sensationalism, but suffocates demands for love of truth and intellectual honesty for a fundamental revision of the previous picture of history.

According to Foa, it is appropriate and urgent to revise the extent of the charges against the Church and its condemnation. But above all, the actual role of the Inquisition should distinguish between actual and alleged persecution.

There is a gigantic abyss between scientific certainty and "popular opinion" lay on the subject of Inquisition. The Internet has so far brought no improvement in the situation. Rather the widespread distorted image is widely disseminated further in the global network. It was daunting to see, says Foa, how truthful many people are against the Fake News Inquisition implanted in their minds. It turns out to be very difficult to break up absolutely baseless, but solidified prejudices. Unfortunately, it is difficult to pave the way for the truth while fake news are always new and rapidly spreading.

Anna Foa, graduated in 1968 with distinction at the University La Sapienza, where she later taught herself. She is a great-granddaughter of the anti-Zionist chief rabbi of Turin, Giuseppe Foa (1840-1917) and daughter of a founding father of post-war democratic Italy, the left-wing, atheist party leader and Member of Parliament Vittorio Foa (1910-2008). 1)

His daughter Anna Foa returned to her Jewish faith. Most recently, she was a visiting professor at the Hebrew University in Jerusalem.