Traditionalist Lawrence Auster Has Ended His Life as a Catholic

Edit: sometimes death can reveal friends we never knew, and throw light on a life of bright and perspicacious industry, lived out on a crystal page of light. Life can also show God’s providence for those who are paying attention. But it’s almost as if the conservative writer and God had planned things this way. Lawrence Auster was a Jewish convert to Christianity by way of the Anglican Church on Holy Thursday 15 years ago.

He received Extreme Unction and the Sacraments as he was received into the Catholic Church on Monday.

His blog will remain on line for those who did not get to know him while he was alive.

Lawrence Auster died today at 3:56 a.m., Eastern Daylight Time, at a hospice in West Chester, Pennsylvania. His death came after more than a week of rapidly worsening distress and physical collapse caused by the pancreatic cancer he endured for almost three years.
On Monday evening, after arriving at the hospice in the late afternoon, Mr. Auster read and responded to a few emails. He then closed his battered and medicine-stained Lenovo laptop for the last time. “That’s enough for now,” he said, holding his hands over the computer as if sated by an unfinished meal.
He did not expect that to be the last.
But the blogging career that stands out on the Internet and in the history of American letters as a tour de force of philosophical and cultural insight was over. Mr. Auster entered a state of sedated and sometimes pained sleep the next day, after a night of agony. He spoke no more than a few words during the next two days and died peacefully this morning after about ten hours of unusually quiet and mostly undisturbed rest.
Link to Thinking Housewife…

Link to Orthosphere with articles on Lawrence Auster.

Pope Benedict XVI. really doesn't have any other alternative than to reconcile with the Traditionalists. Because  they are growing from year to year.. -kreuznet

(kreuz.net)  Recently, the French website 'paixliturgie.org' presented the numbers of the Traditionalist seminarians who are preparing in France for a vocation  in the care of souls.

Cloistered religious societies were excluded from the statistics.

The Society of St. Pius X has about 50 French Seminarians


In the Society of St. Pius X, ther eare at present 49 seminarians who come from France.

The French comprise approximately one third of all the Society seminarians.

They study almost all in Ecône which is by far the largest seminary in Switzerland.

The largest Seminary by far in Germany

This number is also stable.

The largest number of seminarians study in the Society of St. Peter seminary in Wigratzbad, which is by far the largest seminary in Germany.

The Numbers  Continue to Advance

In the last year there were 18 Frenchmen ordained in the Immemorial Rite of the Ancient Mass.

That meant that in France, 84 percent of the seminarians for the New and 16 percent for the Old Rite.

Additionally, about thirty percent of the official seminarians are friendly to the Old Rite. 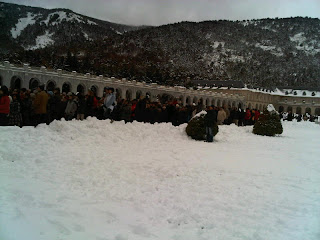 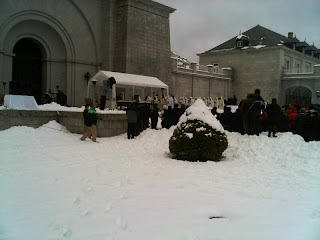 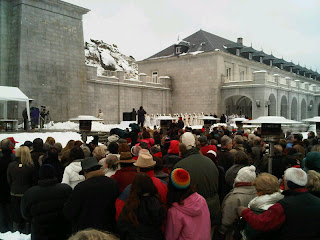 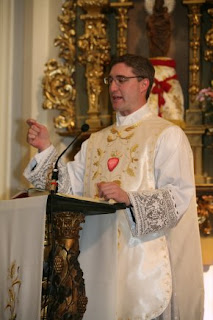 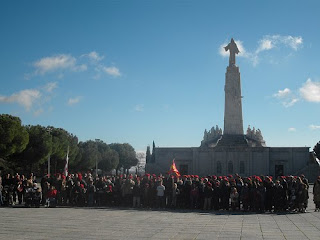 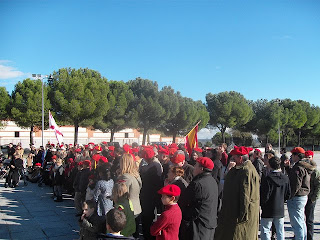 [Paris] Msgr Marc Aillet, the current General Vicar of the traditional friendly French Diocese of Toulon, was made by Pope Benedict the Bishop of the Diocese of Bayonne. He is a member of St. Martins-Community founded by Cardinal Siri, in which the Holy Mass of Paul VI is celebrated in latin, versus Deum. The Bishop wrote an article about the use and meaning of the Motu Proprio Summorum Pontificum and endeavored to promote the Tridentine Mass also the Extraordinary Form of the Roman Rite in his Diocese.

Even after the first two years in office, it was possible for him to re-open his Seminary which had been previously closed due to a lack of candidates which now has five candidates. The first seminarians of the re-opened seminary will begin their studies in the next few days. Other candidates will begin simultaneously the preparatory year of spiritual direction for priests, which was the tradition in seminaries.

On the official Internet site of the Diocese it says, that the education and instruction in a Seminary "the door is open to the great tradition of the Church through the discovery of the Second Vatican Council in conformity with a "hermeneutic of renewal in the continuity of the individual subject-Church", especially through a foundation of theological instruction and a real exploration of the treasures of the Roman Liturgy".

When the seminary was closed 10 years ago thanks to a shortage of candidates, the then rector spoke of a "chance", to force the Church, "to break new ground". "That would be precisely like, if a Company had regarded it as a chance, if upon inspecting his ledger discovered that he had to file bankruptcy," said Internet site Messa in Latino.

And still more: "With the change of Bishops the admission is renewed: "The progressives empty the seminaries, the Traditionalists are filling them. Both in relatively short time. All is not lost, when we are given good Bishops."

Archbishop Nichols warns against "pick and choose" approach to religion

Anglicans should not become Catholic to protest against female clergy or sexual ethics, the archbishop of Westminster said today, as he warned traditionalists against adopting a "pick and choose" approach to the religion.

The Most Rev Vincent Nichols, the most senior Catholic in England and Wales, was speaking ahead of tomorrow's meeting in Rome between Rowan Williams, the archbishop of Canterbury, and Pope Benedict XVI. The pair will discuss the recent initiative by the Vatican to allow Anglicans to become Catholics and retain parts of their spiritual heritage – set out in an apostolic constitution – as well as its impact on ecumenical relations.

Asphyxia on its way

1. The number of French diocesan priests working in France is fewer than 9000. For a number of dioceses, (Digne, 25 priests, Nevers, 38, Auch, Saint-Claude, Gap, Digne, Viviers, Verdun, Pamiers, Langres, etc) in ten years time the number of priests in active ministry will be ten at the most. In Bishop Gueneley’s diocese of Langres, the most liberal of French dioceses, one frequently finds one sole priest for 60 churches.

2. The number of seminarians has now fallen below the mark of 750 (740 in 2008, and this number includes a good hundred seminarians from non-diocesan communities). Pamiers, Belfort, Agen, Perpignan, &c, have no seminarians.

The conclusion is dramatic: a third of French dioceses will cease to exist but will have to regroup within the coming 15 years.

Yet the majority of bishops, above all Archbishop Vingt-Trois, do not despair. Despite everything, the Church remains visible; she remains alive despite appearences. Archbishop Vingt-Trois has given a marvellous example of ‘visibility’ which was heard on Radio Notre-Dame (interview of 5th November): in a parish without a priest, the laity got themselves together to say the Rosary in a village hall: there they also had the idea of cleaning the church to recite the rosary in; so, nothing is lost; this church will live again…