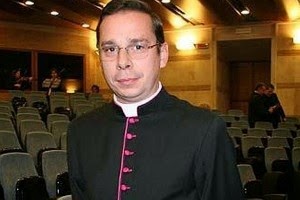 (Rome) For the first time in its history a Spaniard  will not take a top position in Opus Dei. The election of the new Vicar General of the personal prelature fell to the Argentine Msgr. Mariano Fazio, whom Jorge Mario Bergoglio knows personally. "It's a decision that seems carefully considered in order to strengthen and improve the relationship between the Prelature and Pope Francis," said the Vatican expert Sandro Magister.
In these first two years of the pontificate, the relation between the Pope and Opus Dei has been formally excellent.   This was contributed to by the hearings which were granted Msgr. Carlos Maria Nannei, the predecessor Fazio as vicar of Argentina. In reality, the signals indicated in the exact opposite direction.

No dispensation for beatification - No Opus Dei representative to Synod 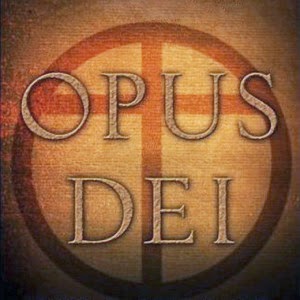 The Opus Dei would have liked   the beatification of their second superior,  Msgr. Alvaro del Portillo, in Rome. Portillo was the successor of the founder, St. Josemaria Escriva de Balaguer. However, Pope Francis did not grant a dispensation. Thus, the ceremony was held last September 27  in Madrid, although the new Blessed had spent the last decades of his life in Rome and died there.
It has  also not escaped observers that Pope Francis not summoned on a single  representative of Opus Dei to the synod as experts or auditors for the 2014 Synod of Bishops, although the personal prelature counts many renowned theologians and canonists in its ranks. Since there is no President of a Bishops' Conference and no head of a dicastry  in the Roman Curia which belongs to Opus Dei, the work of God has had no part in the Synod work.
In 2015, the Synod of Bishops things will be different. Among the Synod Fathers elected by the episcopal conferences there are already three representatives of Opus Dei: Archbishop José Gomez of Los Angeles (USA), Archbishop Antonio Arregui Yarza of Guayaquil in Ecuador and Bishop Jaime Fuentes Martín of Minas, Uruguay.

A few days before the start of the Synod of Bishops in 2014  Pope Francis decreed the dismissal of an Opus Dei bishop.  On September 25, it was announced in Rome and Paraguay that Bishop Rogelio Ricardo Livieres Plano, a most outstanding figure, was relieved of the episcopate of the Latin American country, without giving a reason of why his  office was taken.  Bishop Livieres was summoned to Rome  a few days earlier (in his environment, it means you've lured him from his diocese), where he had learned from the media of his dismissal. The statement by the Vatican Press Office, still had given to understand that the faithful bishop disturbed his brother Bishops in  Paraguay.  Since Liviere promoted priestly vocations in contrast to other dioceses  and built  a private seminary for that reason, free of the influence of liberation theology,  he had three times the number of seminarians in a diocese which includes ten percent of Catholics in the country, which is almost three times as many seminarians as all  of the other dioceses. The bishop also promoted the traditional rite. The seminarians were trained in both forms of the Roman Rite. In almost all of the parishes of his diocese the Immemorial Mass of All Ages was celebrated. It's a situation that was unbearable in other parts of the church.  Despite repeated requests to see Pope Francis, he was refused an audience. Since Bishop Livieres did not let his dismissal by the Vatican without comment, he was immediately dropped from Opus Dei.

Weakening of Opus Dei in Peru

In Peru, Opus Dei had suffered bitter defeats. In recent months, two of its prelates were emeritus of age. Neither Archbishop Juan Antonio Ugarte Pérez of Cuzco nor Bishop Jesús Moliné Labarte of Chiclayo were replaced by brothers of the Opus Dei. Although Cardinal Juan Cipriani Thorne  an Opus Dei member is Archbishop of Lima in 1999, he was in contrast to his predecessor never elected President of the Peruvian Bishops' Conference. John Paul II. tried to renew the Peruvian episcopate on Cipriani Thorne and Opus Dei. It was a renewal that got stuck half way and now runs in reverse. With the recent appointment of bishops, the anti-Opus Dei majority was strengthened in the Peruvian episcopate. 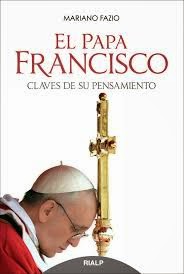 Attempts to find favor with Francis

Msgr. Mariano Fazio was appointed to be the new vicar general of the only personal prelature of the Catholic Church, after having been received  last September 30th by Pope Francis. The name of the Argentine prelate was then curiously misspelled  in both the daily bulletin of the Press Office and  in the Osservatore Romano as "Fassio".
Fazio is a Professor of the History of Political Theory at the Pontifical University of the Holy Cross of Opus Dei in Rome. He is a long time proven expert in the modern history of ideas. In Argentina it is said that Fazio knows the enemies of the Church and their thinking.
The former Vicar (Upper) of Opus Dei in Argentina wrote right after the choice of the Archbishop of Buenos Aires to be pope, a Francis-book: "El Papa Francisco: Claves de su pensamiento." (Pope Francis The key of his thought). That may have been taken into account in the calculation, that Pope Francis will hopefully be benevolent to the Argentine Fazio. He has not explained, however, the "key" to Bergoglio's thinking  in his book.
Text: Giuseppe Nardi
image: Rialp / Diario Argentino
Trans: Tancred vekron99@hotmail.com
Link to Katholisches...
AMDG
Posted by Tancred at 6:13 PM 22 comments: