If voting was capable of changing anything, it would be illegal 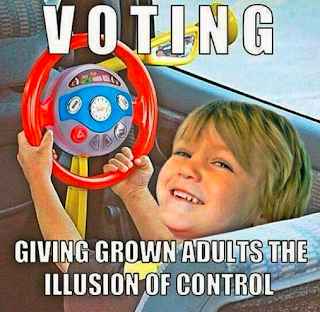 Even in the end if Biden is confirmed as President, I (and I know millions of others), will consider him an illegitimate President due to the cheating, fraud, etc. involved in this election. Would anyone going into the White House like to have that reputation hanging on their neck?

Personally, with all the fraud and deliberate cheating etc. by the Democrats, I think it would have been a good idea to just petition the Supreme Court to declare this Presidential election invalid, to set a date in earl December, and do the Presidential election over again. I know that won't happen.....but I'd bet everyone that if it were to happen, Biden would lose big time.

It is abundantly clear that at least 75 million Americans have the very same convictions about Trump.

Fraud doesn't even begin to describe this so called "Election."
-Andrew