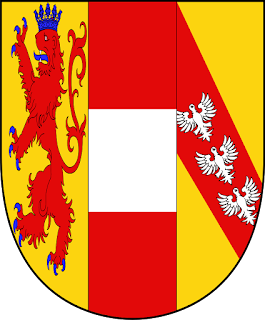 Damian also reveals, as often Catholic-leaning journalists do, their discomfort and embarrassment about Catholic practices and beliefs, like the Rosary.   In fact, I would have liked to hear His Excellency the Ambassador talk more about Hungarian politics and the role the Catholic Church plays in Hungarian society.

Damian would be a much better interviewer if he attended yearly Jesuit retreat and prayed daily rosary with his sister.

Damian Thompson is joined by Eduard Habsburg-Lothringen, Hungary's ambassador to the Holy See. A member of one of Europe's most historically influential families, Eduard explains how his religious practices have adapted to the acceleration of new technologies, and tells Damian how the Habsburgs keep in contact.

Link to Spectator with Interview....

As the month of May.