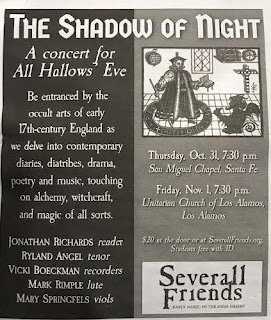 Rabbi Isaac Mayer Wise, 8th March 1866 in "The Israelite of America": “Masonry is a Jewish institution whose history, degrees, charges, passwords and explanations are Jewish from beginning to end..." "The truth must be repeated over and over again ...This was the first time that masons in Germany invited chosen msm, at least for the first 15 minutes, to tout their ritualistic old "Egyptian" mumbo jumbo under the pretext of "wanting to open (themselves) increasingly to society". They are no longer hiding because they fancy having already succeeded in creating their f****** world order. In addition this took place on Michealmas Day in a rented Christian church, which is the most famous Protestant church of Hamburg and dedicated to Saint Michael! Did you notice similar occurrences in your respective countries?

The photo above registers the presence of Freemasons of the State of Pernanbuco, Brazil, surrounding Bishop Bernardino Marchio of Caruaru at his Cathedral after Sunday Mass on December 21, 2008. https://www.traditioninaction.org/RevolutionPhotos/A391rcMasonry.html

On June 25, 2009, Bishop Lelis Lara of Itabira, State of Minas Gerais, gave a lecture in the Masonic Lodge of that city. Bishop Lara, above center standing, is also a canon law counselor to the Brazilian Conference of Bishops. The speech, open to the public, was about the relations between the Catholic Church and Masonry.
https://www.traditioninaction.org/RevolutionPhotos/A327rcMasonry.html

Masses in Brazil for the Day of the Freemason - I
Above you see four Freemasons - from the left, an apprentice, two companions and a master. In their center is a Catholic priest, Fr. Geraldo Magela Silva, parish priest of Our Lady of the Conception Church in the city of Bom Jardim (Nice Garden), in the State of Pernambuco, Northeast of Brazil. The four Masons are in front of the altar and hold their symbols - a square, hammer and compass - while their grand master addresses the congregation with a short speech. August 20, 2012.
https://www.traditioninaction.org/RevolutionPhotos/A490-Masonry.htm

According to a recent news report released by the Grand Orient of Brazil (GOB), Pope Benedict XVI has chosen the latest member for the Vatican's Pontifical Academy of Sciences. The new favorite of Pope Ratzinger is Prof. Vanderlei Bagnato of the University of São Paulo, Brazil. Bagnato, a known member of Freemasonry, stated he was honored to be chosen.
https://www.traditioninaction.org/ProgressivistDoc/A_155_Masonry.html