Edit: while evil clergy like Minneapolis’ own Archbishop Hebda permits the Minneapolis Gay Men’s Choris  which the parish assures us is “kid friendly”, the Bishops of England and Wales Remember Transgender degeneracy.  As Paul Wood  an author living in Romania notes:

Today is the feast of my patron saint, St. Edmund, King and Martyr, the King of East Anglia and English Catholic hero who was martyred in 869 at the hands of infidels invading England - from Sweden. In 689 and for many centuries thereafter the Catholic Church took a strong line against invasions and infidel migrants.

I discovered today that the Catholic Bishops of England and Wales have a collective Twitter account and prefer, rather than tweet about St. Edmund or other saints, to tweet about a secular feast called the Transgender Day of Remembrance. 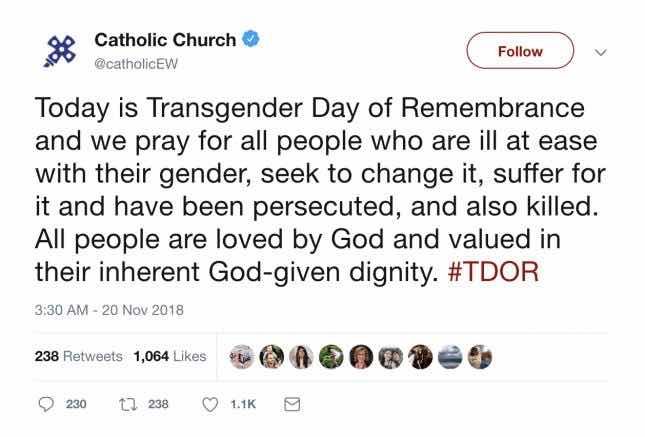 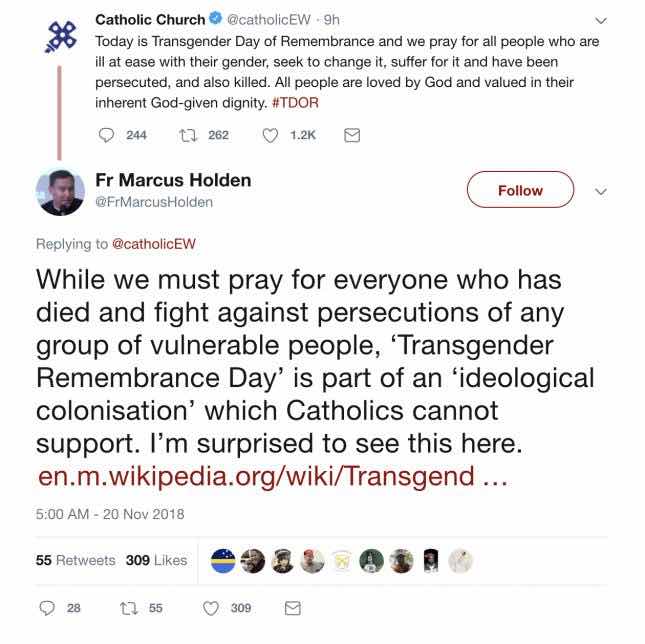 One could imagine swift reprisals or a glare of disapproval from the Merciful One if there were Catholic events happening.
AMDG
Posted by Tancred at 3:27 PM

With men such as these in charge, far more appropriate to commemorate Catholic Church in England and Wales Day of Remembrance. #BishopsLosingThe Plot.