"The Lucifer Method" - The veneration of Lucifer in Austria's regular Freemasonry based on three examples.


[Katholisches] After my article on the book "God without Church" (2003) I learned that the Freemason Peter Stiegnitz had also written a book that I did not know before and that does not appear on Wikipedia or the Freemason Wiki.

Stiegnitz was initiated in 1970 as a Freemason in the Vienna Lodge Humanitas [1] of the Grand Lodge of Austria (GLvÖ). He belonged to other lodges of the GLvÖ and held various offices and functions at the level of the grand lodge. In civil life he was a university professor in Budapest and an official of the Austrian Federal Chancellery. On his 80th birthday (2016) Stiegnitz received the Merit Award from the GLvÖ through its grandmaster Georg Semler, who described him the year after (at the funeral speech) as "a great man in our covenant."

In this article I turn to this book by the Masonic brother Stiegnitz “The Lucifer Method. Spirit from Contradiction” (Edition Va Bene, Vienna – Klosterneuburg 2009), which is a single praise to LUZIFER.

I present some points from Stiegnitz "The Lucifer Method", which thanks Lucifer:


According to Stiegnitz, Lucifer, Devil, Morning Star and Light Bringer was his mother's favorite character (“my mother's favorite figure”, (. 12). According to Stiegnitz, Lucifer is the youngest son of the devil and the brother of "Beelzebub". While Beelzebub directs evil, Lucifer, by order of God, is the diffuser of light and knowledge among men (see p. 16). In addition, Stiegnitz says that Beelzebub is male, whereas Lucifer is "versatile" (p. 18): "He is as beautiful as a woman, but at least like a homoerotic Greek youth," p.18). According to Stiegnitz, "the dull Satanists" have nothing in common with Lucifer (see p. 18). Humans have demonized Lucifer instead of seeing him as an instrument of God. They saw him as the prince of darkness instead of light, the light of God and light of knowledge. Lucifer worships God, says Stiegnitz, he loves man and teaches his method, which is duality, i.e. the need for opposites that enable knowledge and development (see p. 19). The opposites, that is: light – darkness, good – evil, man – woman etc. (see p. 20).

Peter Stiegnitz (left) and Richard Graf Coudenhove-Kalergi, both members of the Masonic Lodge Humanitas in Vienna and high degree freemasons

For Stiegnitz "Lucifer, the light-bearer and motivator of knowledge", p. 24). He, who identifies himself as a Freemason (cf. p. 25), claims that light and darkness need each other (cf. p. 26). Thanks to Lucifer, man had gained knowledge at the behest of God (see p. 82, p. 114). Stiegnitz praises Giordano Bruno's pantheistic thinking and says that the heretic friar was one of Lucifer's favorites, a martyr, a shining spirit (cf. pp. 116-117). Stiegnitz explains that Lucifer is not the prince of darkness, but: "As his name already says, a figure of the spirit that gives people pleasure and light," p. 164). According to Stiegnitz, it was Aaron who invented the story of the serpent of Genesis to demonize the Canaanite god, so the biblical god had nothing to do with it. In this way, Stiegnitz tries to rehabilitate both Lucifer and God (see p. 166–167).

On the one hand, Stiegnitz does not want to identify Lucifer with Satan, but on the other hand he says that Lucifer is the devil (see p. 59) and that the devil is Satan (see p. 167).

The Freemason Stiegnitz believes that religion is a purely human work and that monotheistic religions would fear Lucifer (see p. 175). He complains that not only in Islam, but also in Christianity, especially in Catholicism, there is an "absurd prejudice against the 'devil worshipers'" and also Lucifer (cf. 180). In this context, Stiegnitz says that the “bolted” Freemason Leo Taxil accused the Freemasons in 1886 of “being devil worshipers, so-called Luciferians (…), who declared Satan to be the true god of light (see p. 180). Br. ·. Stiegnitz admits, however, that Taxil was “not so wrong”, since Freemasons and Lucifer “have many similarities” (see p. 180-181)!

Stiegnitz complains that for Pope Leo XIII. not Lucifer,  the Church is the "model of light", and therefore free thinkers are considered agents of darkness (see p. 181). According to the Freemason Stiegnitz, the Church, civilization and progress need Lucifer the “light-bearer” (see p. 182).

It is good to know that the intellectual Luciferism of Br. Stiegnitz is not an isolated case in Austrian Freemasonry, but is a kind of initiation tradition that appears from time to time in Masonic publications. We can already praise Lucifer in Der Zirkel (No. 13–14 from July 1, 1875), the journal of the Loge Humanitas in Vienna, where Freemason  Br. ·. Dr. Jos [eph] Wagner accused the Jesuits of being enemies of reason, enemies of light and knowledge. Then Br. Wagner wrote: "(...) is Lucifer, their main enemy, whom they have always cursed into the abyss of Hell", p. 100). Wagner defined the Freemasons as "children of light", ibid).

Journal of the Vienna Loge Humanitas (July 1, 1875), in which the Viennese doctor and Freemason Joseph Wagner praised "Lucifer" as "light bearer".

In 1922 the famous Richard Nikolaus Graf Coudenhove-Kalergi (1894–1972) was initiated in the same Loge Humanitas in Vienna and also joined the Capitoline Lodge Mozart of the Old and Recognized Scottish Rite (cf. E. Semrau, Enlightenment and Delusion, Innsbruck 2012, p 95). The Austrian philosopher and politician Coudenhove-Kalergi launched the idea "Paneuropa - a proposal" a few months later and founded the Paneuropa Movement in 1923, which was supported by the Freemasons from the beginning, including the Grand Secretary of the Grand Lodge of Vienna Vladimir Misar (cf. Zuber, Richard Graf Coudenhove-Kalergi, as Freemason, in: Yearbook of the research Lodge Quatuor Coronati, No. 32, Bayreuth 1995). Coudenhove-Kalergi hoped for the realization of the United States of Europe.

"In the Jewish mythology the European spirit corresponds to Lucifer - in the Greek Prometheus: the bringer of light that carries the divine spark to the earth, [...] the father of struggle, technology, enlightenment and progress" (p.83).


“The spirit of Europe” broke political despotism and the rule of natural forces (see p. 83). According to Coudenhove-Kalergi, Europe only found itself through emancipation from Christianity (see p. 84–85).

I have given only three examples here in which Luzifer or Lucifer is praised by philanthropic and pro-European Austrian Freemasons. The Stiegnitz case, dignitary of the regular Austrian Freemasonry, also confirms the incompatibility between the Church and the Lodge.

* Father Paolo Maria Siano belongs to the Order of the Franciscans of the Immaculate (FFI); the church historian with a doctorate is considered one of the best Catholic experts in Freemasonry, to whom he has dedicated several standard works and numerous essays. Katholisches.info published by him:

Freemasonry Declared by a Grand Master

Initiation and Gnosis await the waiting party at the Masonic Association

The Lodge Quatuor Coronati, the Grand Master and a Beggar Brother

Short answer to a grand master of Freemasonry

Was Karl Rahner a Freemason?

The Vienna Loge Humanitas is considered in the so-called regular Freemasonry as the "mother of all Freemason lodges existing in Austria" (Der Zirkel, No. 13-14 of July 1, 1875). All three persons presented in this article: the doctor Joseph Wagner, the privateer, philosopher and politician Richard Graf Coudenhove-Kalergi and the ministerial official in the Federal Chancellery, Peter Stiegnitz belonged to Humanitas. Stiegnitz and Coudenhove-Kalergi were also high degree Freemasons of the York Rite and the Old and Accepted Scottish Rite. There is no information on Wagner in this regard.

Minister of Science and Research was Claudia Schmied (SPÖ) at the time of going to print, Vienna City Councilor for Culture and Science was Andreas Mailath-Pokorny (SPÖ). 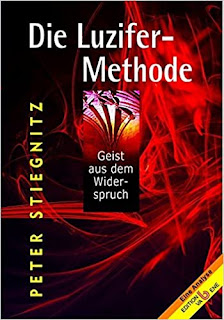