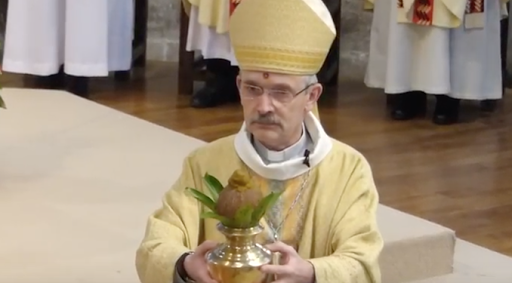 (Paris) Bishop François Fonlupt has been the diocesan bishop of the French diocese of Rodez since 2011. The Catholic columnist, Francisco Fernandez de la Cigoña, calls him the "perhaps worst bishop in France." The occasion for the indignation is a priestly consecration, which Bishop Fonlupt offered at the Cathedral of Rodez last June 25th.

Msgr. Fonlupt, 62 years old, was consecrated by Pope Benedict XVI. as diocesan bishop. "His appointment seemed to me a misfortune. This has been confirmed," says Fernandez de la Cigoña. What is serious is that "the popes do not examine it beforehand." At least, as far as France is concerned, "the appointments of Pope Francis do not seem worse to me than those of his predecessor."

"Why do not the popes check beforehand?"

On the Pontifical appointment policy for France, Fernandez de la Cigoña says: "Some say that Benedict, as far as the bad appointments are concerned, did not know who he was, but Francis does. I can not say whether the latter is true, but I am convinced that Benedict was not informed." 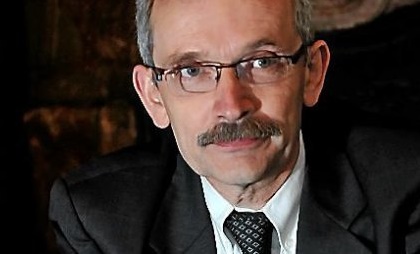 The reason for the columnist's outrage, whose grandfather, because Catholic, was murdered by members of the Popular Front (Communists, Socialists, Anarchists, Radical Legionaries) is a video of a priestly ordination given by Bishop Fonlupt a few days ago. What happened on 25 June in the Cathedral of Radez was "absolutely painful." Bishop Fonlupt consecrated a Tamil deacon to the priesthood. 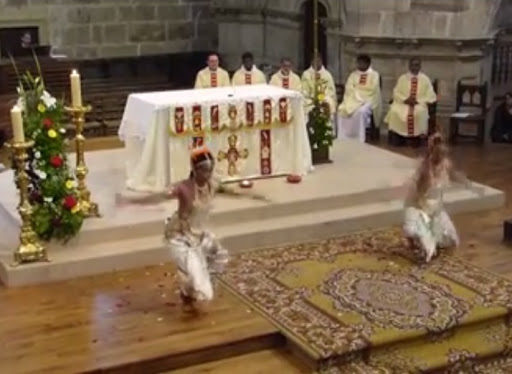 Ritual dancers in the altar room

The "inculturation" was pushed to the summit in the consecration. Only the miter of the bishop can be seen as a Christian symbol. For the rest it is unclear whether it is Indian folklore or forms of syncretism. "I do not know where these ritual forms come from, whether they belong to the Brahman caste, which is hardly conceivable for Tamils, whether they are used for the worship of Vishnu or Kali. It seems to me, however, that they have nothing to do with the confection of the sacrament of Holy Orders in a French church." This was especially true of the "third eye," the "Bindi," a religious symbol of Tantric Hinduism, which the bishop wore on his forehead during the liturgy. Hinduism maintains the place as a chakra, an "energy center" and the seat of a "secret knowledge". In the West, the "third eye" is mainly concerned with esotericism. But Christianity is not a secret doctrine.

The same applies to the execution of the offertory and ritual Hindu dances, which were performed in the sanctuary. "The Holy Liturgy of the Church has lost nothing to Hinduism."

Bishop Fonlupt is already engaging the "new practice" of offering the Holy Communion to married divorced people. When he was still active as a parish priests in Clermont-Ferrand, he denied the real presence of Jesus Christ in the Holy Eucharist. All this did not prevent the Apostolic Nuncio for France, Archbishop Luigi Ventura from proposing Fonlupt to the Vatican as a suitable candidate for the Bishop's seat of Rodez. Such a recommendation could scarcely be imagined without a corresponding reference by a French Archbishop to the Cardinal. Pope Benedict XVI had only received a certificate of appointment, submitted for signature.

François Fonlupt, born in 1954, was ordained priest for the Diocese of Clermont in 1979. The diocese of Rodez, to which he has been responsible since 2011, dates back to the 5th century. With 280,000 inhabitants, Catholics have a share of 97 percent of the population. The number of practicing Catholics, however, is very low. If the diocese still had 638 parishes in 1980, it is now only 36. The number of priests shrank in the same period from 615 to 160. Tendency: rapidly falling. In 1950, for every priest there were 300 Catholics, there are today 1,700. The figures, however, must not obscure the fact that the priestly vocations depend not on the number of Catholics on paper, but on the existence of practicing Catholics who take their faith seriously and ask for priestly services from God.