General Superior of the Heralds of the Gospel Resigns (Avoiding the Fate of the Franciscans of the Immaculate?)

(Rome) The founder and first Superior General of the Lay Community of the Heralds of the Gospel (Evangelii Praecones) and the Order, Community of Virgo Flos Carmeli, Monsignor João Scognamiglio Clá Días, has resigned from office. He announced this step in a letter of June 2nd, yesterday. Is there suspicion in the Church, of that which attracts many vocations?

João Scognamiglio Clá Dias, founder and Superior General of the Heralds of the Gospel and Confreres. 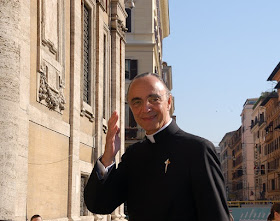 Monsignor João Scognamiglio Clá Dias, founder and Superior General of the Heralds of the Gospel.

The Heralds of the Gospel and the male and female branches are a young, traditionally based foundation, which originates from Brazil and is now represented in 80 countries of the world. The charism of the community is strongly missionary and Marian. The Heralds originated in the 1970s, when the founder and other young men personally felt the need for a deepened religious and communal life. The actual development as a lay community and then as a branch of the Order took place in the mid-nineties.

The Heralds of the Gospel are the first lay community of pontifical right, recognized by Rome in the third millennium. They therefore also see themselves as "Heralds" of the third Christian millennium. Not for a progressive, but for a renewed, faithful Church. The recognition of the lay community took place with Pope John Paul II. The recognition of the two branches of the order (societies of the Apostolic Life without perpetual vows, but with promises of celibacy) took place in 2009 with Pope Benedict XVI.

In 2005, the first priests were consecrated, including the founder, Monsignor João Scognamiglio Clá Días, whom Pope Benedict XVI. conferred as a sign of appreciation and recognition in 2008, the title of honorary canon at the patriarchal basilica of Santa Maria Maggiore in Rome.

Today the priestly branch of the Community already has 120 priests and 20 deacons. The two societies of the Apostolic Life include more than 4,000 members. Heralds of the Gospel are over 40,000. 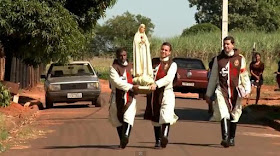 Quickly Growing, Missionary Community. They are Now Available in 80 Countries.

While John Paul II and Benedict XVI. completely stood behind the traditional, missionary community, Pope Francis suddenly changed this relationship. The tradition, the special worship of Our Lady of Fatima, the community discipline of an army which is already expressed in the name of "Heralds," the rigor in youth formation, rapid growth and numerous vocations, have aroused suspicion, envy and resentment in other ecclesiastical circles. It's a negative attitude of which even the Holy See is not free of under Francis.

João Scognamiglio Clá Días will complete his 78th birthday on the Feast of the Assumption. By his resignation he seems to want to save himself from the like that of the Franciscans of Immaculata. The Congregation of Religious, which has already unjustly and acquisitively subjected the Franciscans of the Immaculata, had already set up in recent weeks to take action against the Heralds of the Gospel.

See the background story of the Heralds of the gospel: Is The Pontifical Commissioner Ready for The next "Too Pious" Order?