(Buenos Aires) Hardly had he been elected, when the attempt was made to insinuate Pope Francis' involvement with the military dictatorship (1976-1982). The intention was quite arrested by the categories of "politically correct” thinking, which many European media and public figures are incapable of thinking beyond. In the Left-Liberal spectrum of roles is clear from the outset and always that: the military dictatorship is rejected, because the enemy is always on the right.

It seems at present, that even the ideologues and ideologies that do not deserve it, be "cleansed" in an infusion of the persecuted innocent persecuted by the generals, should have anything to do with the Catholic Church. Not everyone, be he Franciscan or Jesuit being pursued at that time in Argentina was a faithful son of Holy Church. Many had swapped the cross for a Kalashnikov. 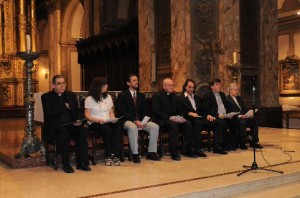 Jorge Mario Bergoglio had resisted them and has remained true to his priestly vocation. As the Good Shepherd, he fought for the imprisoned brethren, of which he was suspected for years, completely unjustly as being an informer. One reason why the election of this new pope caused the German Jesuits little enthusiasm. A suspicion, which incidentally has now been withdrawn by one of the then imprisoned Jesuits imprisoned by the Junta, Father Francis Jalics.

Because of the military dictatorship Pope Francis has no need for explanation. At least, however, a " commemoration of the [Reichs] Kristallnacht “ appears to require some explanation, which was organized with the Jewish organization B'nai B'rith on the 12th along with the Archdiocese of Buenos Aires on November of 2012 to "commemorate six million Jews murdered during the Holocaust." The commemoration of the Jewish Lodge, officially even called a "commemorative liturgy", took place in the Cathedral of Buenos Aires, as the then Cardinal Jorge Mario Bergoglio participated actively. 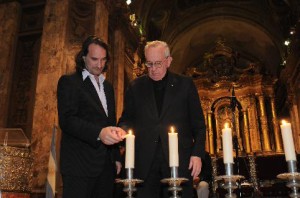 B'nai B'rith does not belong to official Freemasonry, although there are some overlaps and human forms of cooperation. The "Sons of the Covenant” [Söhne des Bundes], the German translation of the name originated in 1843 at a time when Jews were often rejected in Masonic lodges, so they formed their own parallel lodges, which in contrast to Freemasonry, are not a secret society. The Independent Order of B'nai B'rith may therefore, with all the differences, referred to as a kind of Jewish form of Freemasonry with its own rites and identification. The individual branches are therefore called lodges. The lodges of a country are gathered in the District Grand Lodge. This Jewish order was founded to represent Jewish interests in political terms. It also wants to promote the ethics of the brothers, which is very similar to that of Freemasonry. In the USA, almost ten percent of all male Jews of the lodge, appropriate weight, a corresponding number in the associated lodges. 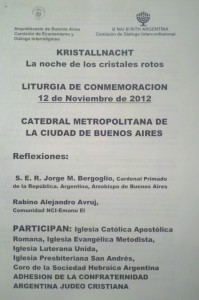 Why did the Jewish Lodge organize a Jewish memorial for Jewish victims in Catholic churches?

Argentine Catholic organizations wondered how it was possible that a Jewish organization, also a lodge, might hold a memorial service in the Cathedral of the Archdiocese of Buenos Aires. The Archdiocese might have helped out differently because of space problems. But why was a liturgical space was made available in the presence of the Blessed Sacrament of Christ Himself? As Cardinal Bergoglio was keynote speaker at the event, it is clear who made ​​the misappropriation, Pagina Catolica even speaks of the possible "desecration" of the Cathedral. In fact, with the "memorial liturgy" a kind of worship was celebrated. Since the event has been running for several years, there are already rehearsed rites similar acts. Before the altar there sat several representatives of Christian denominations (Lutheran, Prebyterianer, Methodist) next to the Cardinal. The official program book with the symbol of B'nai B'rith and the coat of arms of the Archdiocese of Buenos Aires is called an "Inter-religious Liturgy." Six candles symbolize in this Holocaust memorial ritual each of the six million Jewish victims. Rabbi Alejandro Avruj lit each candle along with the representative of a Christian denomination or a Jewish organization. The last of the six candles he lit together with Cardinal Bergoglio.

Cardinal Bergoglio has cultivated close contacts with B'nai B'rith with an annual series of meetings and mutual invitations, where the cardinal especially emphasized his praise for the social commitment of the Jewish Lodge. For this reason, the Jewish representatives of the Grand Lodge officially opened on the 19th of March at the inauguration ceremony of Pope Francis in St. Peter's Square in part and the next day at the reception for the religious leaders in the Vatican, including the Director of B'nai B'rith-Committee for UN Affairs, David J. Michaels.

Under Archbishop Bergoglio it became customary in the Archdiocese of Buenos Aires since 1994 that B'nai B'rith, performs its annual memorial service held for the Jewish victims of Nazism in Argentina's Catholic churches. In 2005, the Acto de Recordación de la Noche de los Cristales Rotos was held in the Catholic church of San Nicolas de Bari. Even then Cardinal Bergoglio was present, as a photo of Rabbi Felipe Yafe shows. In 2009 in the Catholic parish church of Santa Catalina de Siena, also in the Archdiocese of Buenos Aires. In 2008 the memorial was on the 70th Anniversary of Kristallnacht, also exclusively for Jewish victims of the Shoah, in the Cathedral of Buenos Aires, in the presence of the Israeli, German and Austrian ambassador. In 2007, the ceremony was held in the San Ignacio Church of Buenos Aires. 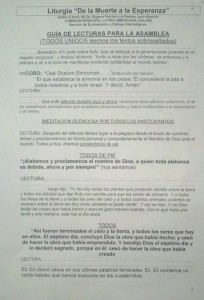 After a meeting between Cardinal Bergoglio and Mario Wilhelm on the 4th of June, the Argentine president of B'nai B’rith and Boris Kalnicki, who is in B'nai B'rith responsible for inter-religious dialogue, said in a press statement for the Jewish organization that the "traditional commemoration of Kristallnacht" again will take place in 2012 and will “include a generous cooperation of Cardinal." The event was organized for the 8th November “at a church, decided at upon at a later time". It was finally not just any church, but the Diocesan church itself. The fact that the event takes place in a Catholic church, was self-evident for B'nai B’irith.

In 2011 the place for the Kristallnacht commemoration was in the cathedral church of the Diocese of San Isidro instead. For most of the Diocesan Commission for Ecumenism and Interreligious Dialogue, B'nai B'rith Argentina, an Argentine Jewish-Christian brotherhood and fellowship Lamroth Hakol, organized to hold a commemoration on the 10th November with texts by Rabbi Leon Klenicki and the Catholic theologian Eugene Fischer for their own "Interfaith liturgy", "with witnesses, songs and references to the night of the 9th November 1938 in Germany and Austria, the 20th which is regarded as the beginning of the Jewish Holocaust of the 20th Century or the Shoah." It was also the basis of the "memorial liturgy" 2012.

The question is not why the Jews commemorate those events in Argentina. But the question is, why is the Catholic Church in Argentina which is not directly related to these events in faraway Europe 70 years ago apply, which - as explicitly emphasized B'nai B'rith - by no means all of the victims, but only the Jewish victims of National Socialism. Why then is this Jewish memorial to Jewish victims held in a Catholic church? 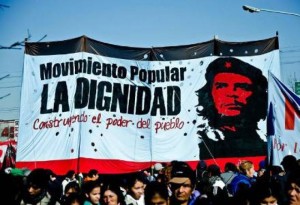 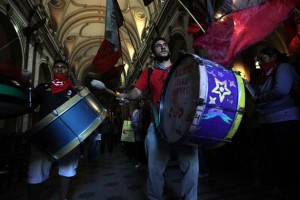 In any case, it has been moved to the Cathedral of Buenos Aires. It has been occupied by political groups in the last five years. When the Archbishop of Buenos Aires, Cardinal Bergoglio was already in Rome and just begun in the conclave, 200 activists of the leftist Movimiento Popular La Dignidad (MPLD) occupied the Cathedral of Buenos Aires, as the Spanish church historian Francisco Fernandez de la Cigena reported. The Parish Priest had to cancel the celebration of Holy mass. In 2008 the cathedral had been abused for political purposes. At that time, the cathedral church was occupied by the leftist Madres de Plaza de Mayo. In both cases, the protest was addressed against cuts in government funding for projects in which the respective occupying groups were associated with the church in no way.