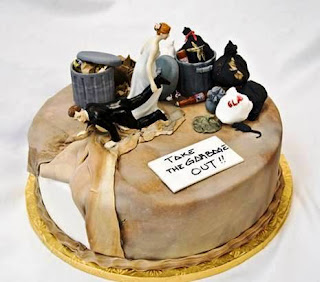 
Divorce in the Linz Seminary

Austria.  On the 2nd of October an event was propagated 'Pro Oriente -- Sektion Linz' in the dying Linz Seminary on Divorce.   This was reported by the Austrian Church-tax news agency 'kathpress'.  It is described as a "thought provocation"  from the scandalous and immoral praxis of separation by Orthodox schismatics.  These will wed adulterers without scruple.   As lecturers, two schismatics were invited:  Anargyros Anapliotis, Orthodox Canon Lawyer from Munich, and Sorin Bugner, Pastor of teh Romanian Orthodox community in Linz.

The Comrades Want the Blood of More Children

France.   The child slaughter will be financed next in France completely at the hospital.   The so-called Health Minister, Comrade Marisol Touraine, announced this.  The French President, Comrade Francis Holande, had made a campaign promise that he would approve the costs for killing children.   Till now 80 percent of abortions were already paid from the health fund.

Germany.  A 28 year old from Schleswig-Holstein has killed five new born babies since 2006.  This was reported by NS-journalist founded maganizine 'spiegel.de',  that the slaughter of children can be done to the day of birth.  The child murderer bore two of the murdered children at home and three in the woods and subsequently killed her children.  The criminal is married and has two living children (8.10).

Now the Homo-media Takes its Revenge

USA.  The US- Scouting organization "Boy Scouts"  is supposed to have covered hundreds of alleged cases of abuse.  This is what the abuse-media says.  In five hundred cases the organization is supposed to have ignored evidence. The news daily 'Los Angeles Times' has looked at over 1,600 confidential documents.  In 80 percent of the cases they are said to have ignored them.  The back ground for the witch hunt:  In July the organization had made it clear that they weren't going to accept any homosexually disturbed individuals,  from whom comes the greatest danger of abuse.

It's not a Party of Idealists

"The Greens are not a Party of idealists.  Their secret consists in this:  >>To create structured speech, that  permits the combination of the criticism of society with the use of its privileges.<<"

Comrade Manfred Gullner (71) -- founder and business leader of the 'Forsa-Meinungsforschungsinstitutes' during a lecture on the 1st of September in Duisburg.
Posted by Tancred at 12:17 AM